Winston Churchill proposed, after the First World War, to leave Ypres in its wrecked state, as a monument to what had happened. I do recognise that this might not have been a very convenient approach for the residents of Ypres, but I can also see its attractions, provided you are not from Ypres.

As things turned out, the decision was made to rebuild the town instead - and to construct the Menin Gate as a memorial. I'd argue that the Menin Gate is almost dangerously inspiring, whereas the devastation left by the war was anything but. On the other hand, the general view is that it was devastation rather than pomp and glorification that led to the Second World War, so the argument is hardly relevant.

Nevertheless, it is perhaps because it is not a rebuilding but a new structure, reacting to what had happened and trying to supply some solace to those left behind, that I like St George's more than anywhere else in Ypres. It is a tiny church, designed by the same architect who came up with the Menin Gate. It was built between 1927 and 1929 and was meant to provide a memorial to the dead and a meeting place for their relatives.

Everything in the church - the furniture, the windows, the plaques et cetera - has been given in memory of those who lost their lives in the Great War. A school was attached to the church and paid for by donations from Old Etonians, but the Second World War led to its closure in 1940.

Thus, only the church remains, often overlooked by visitors. It is wonderfully calm and one of those places from which you feel that your prayers may really be heard, if that makes sense. The hassocks, sewn by countless unknown worthy ladies, (I'm assuming they were mainly ladies), seem particularly touching to me, not to mention the various regimental colours, which an army officer explained to me the other day are meant to be left hanging until they become mere tatters - which is when I think they begin to possess their greatest beauty 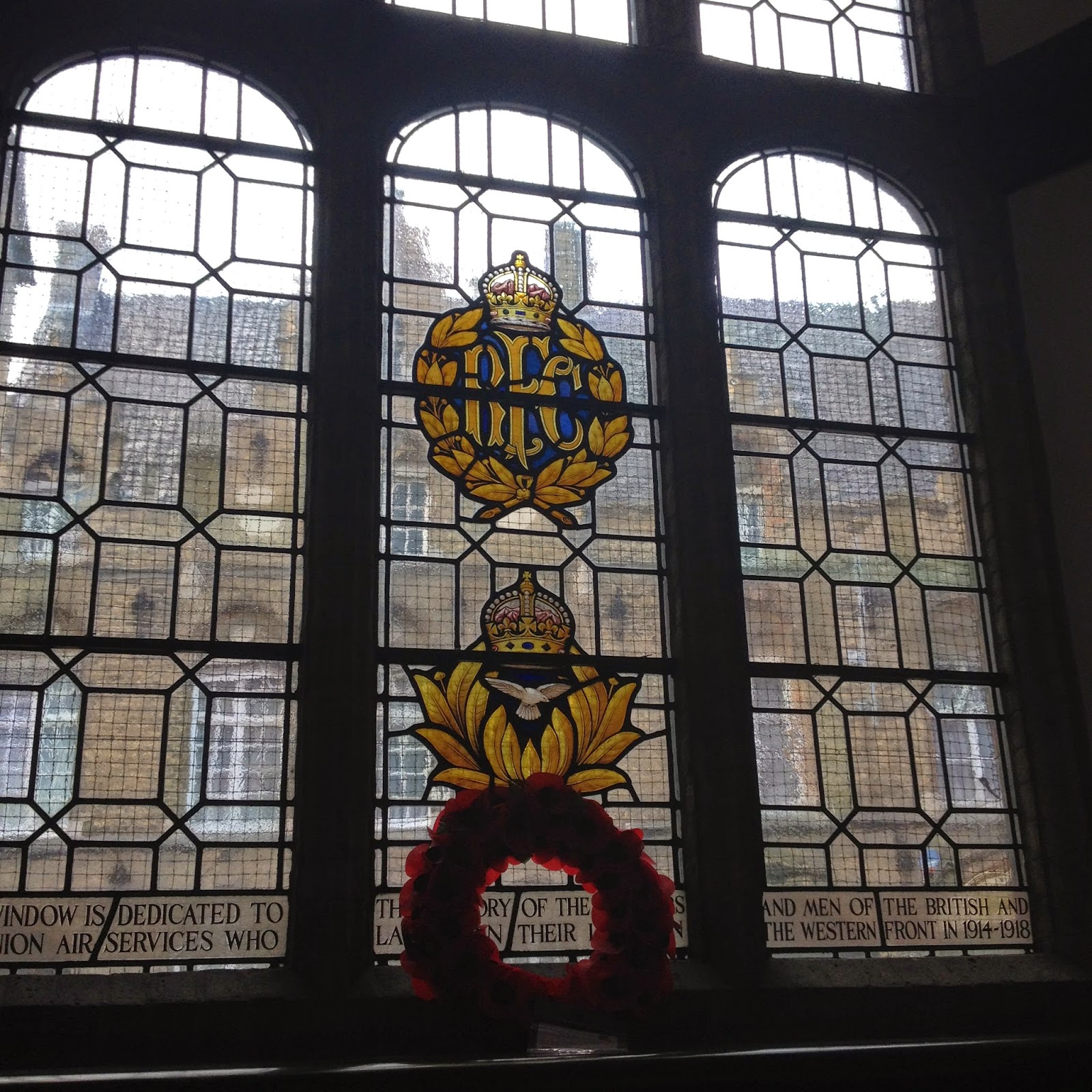 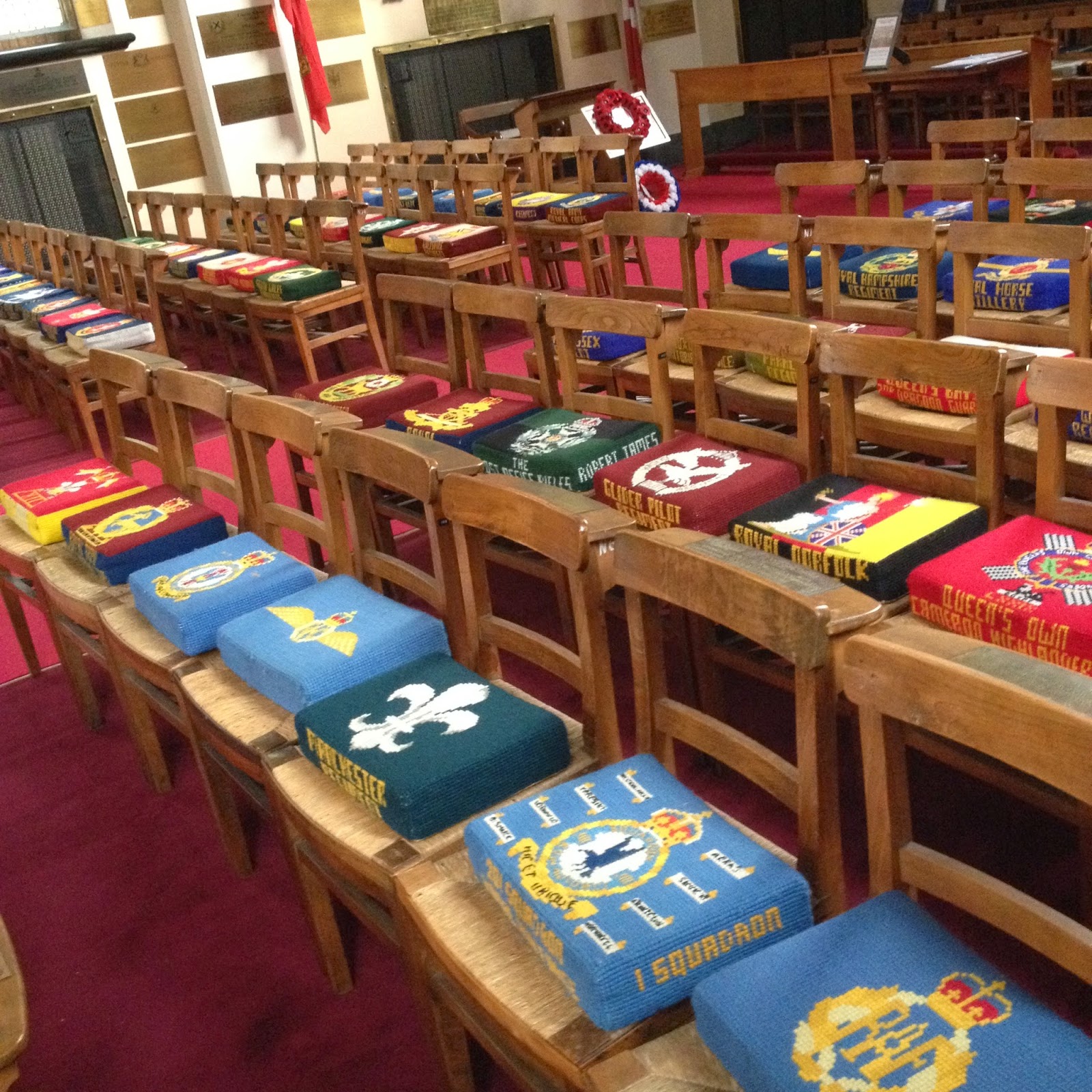 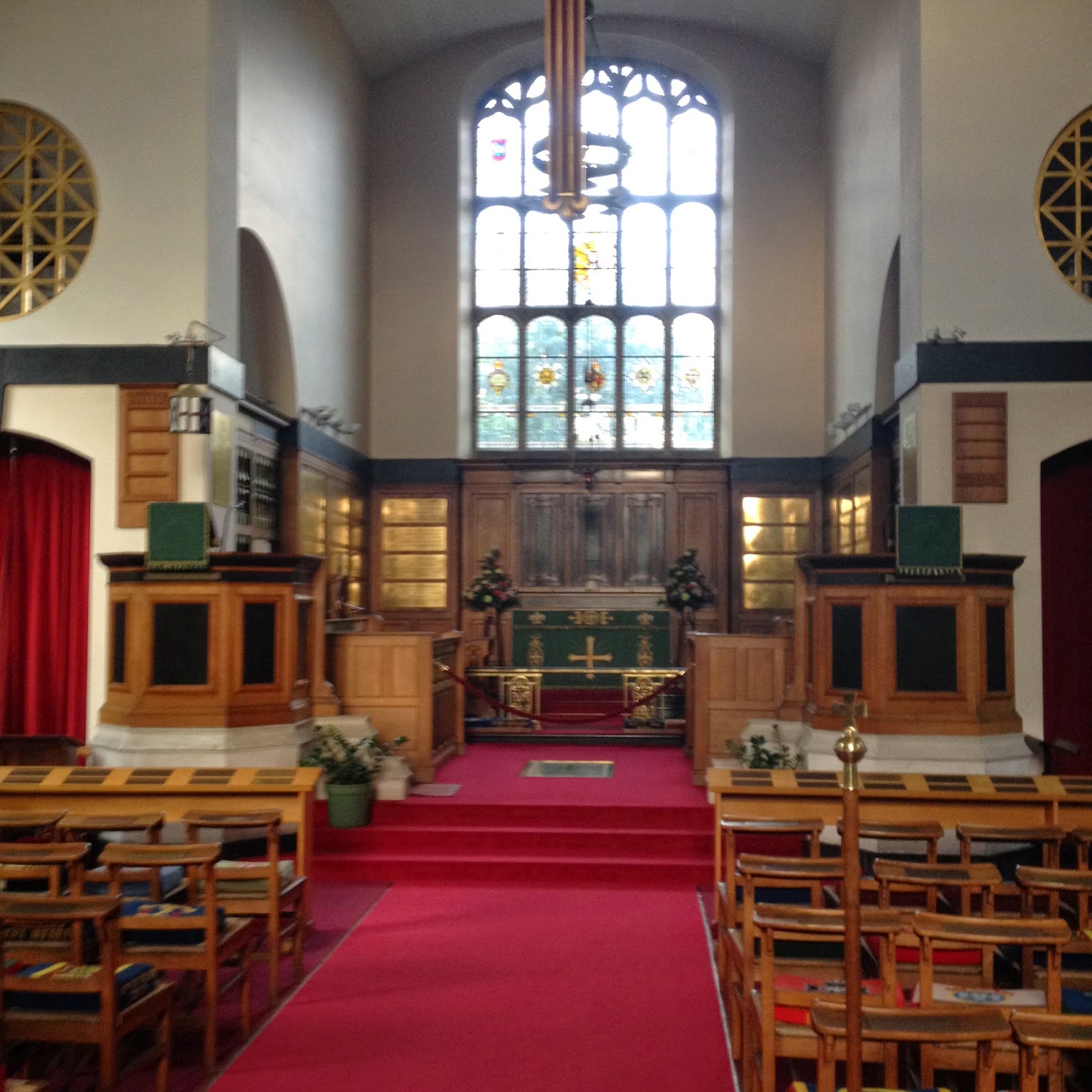 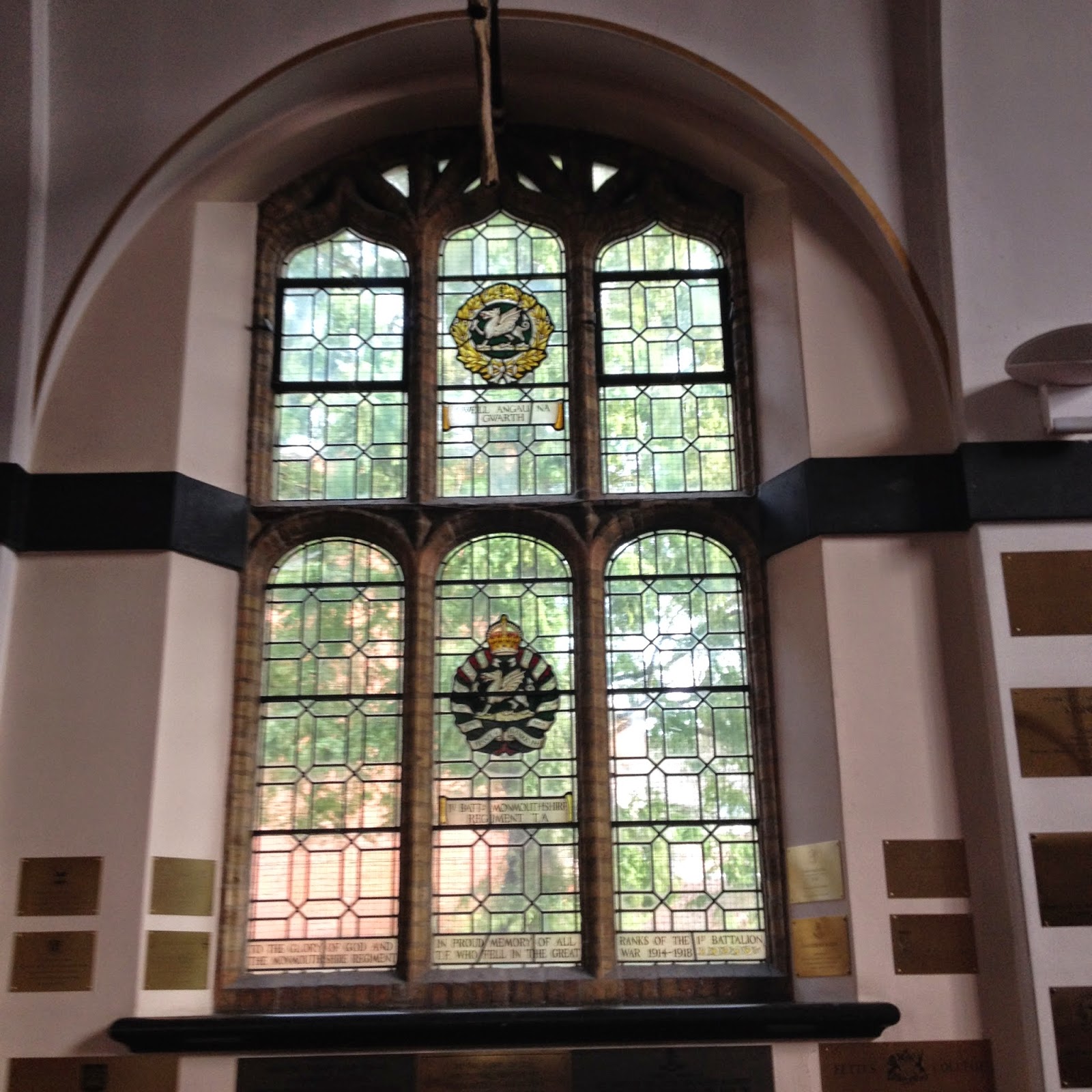 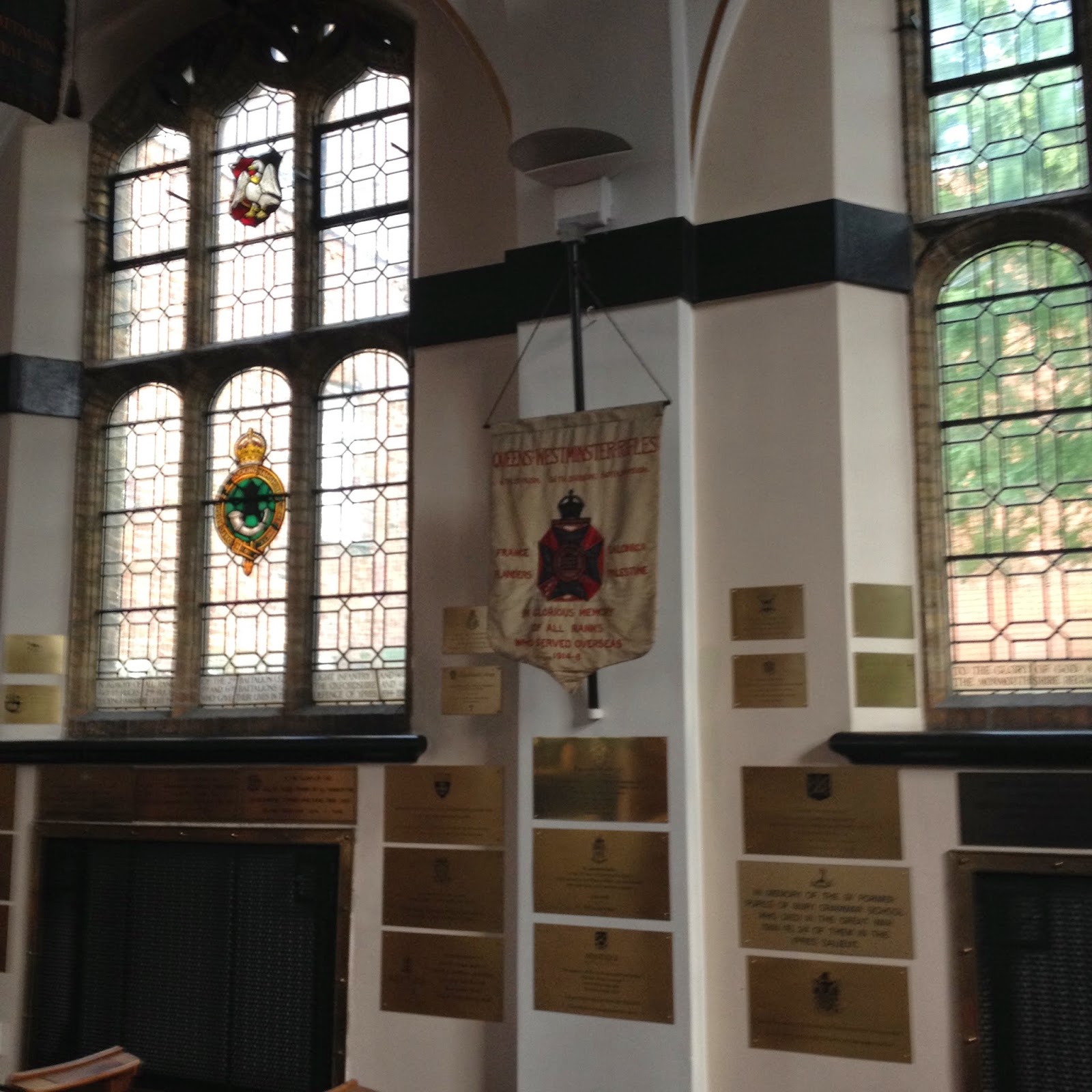 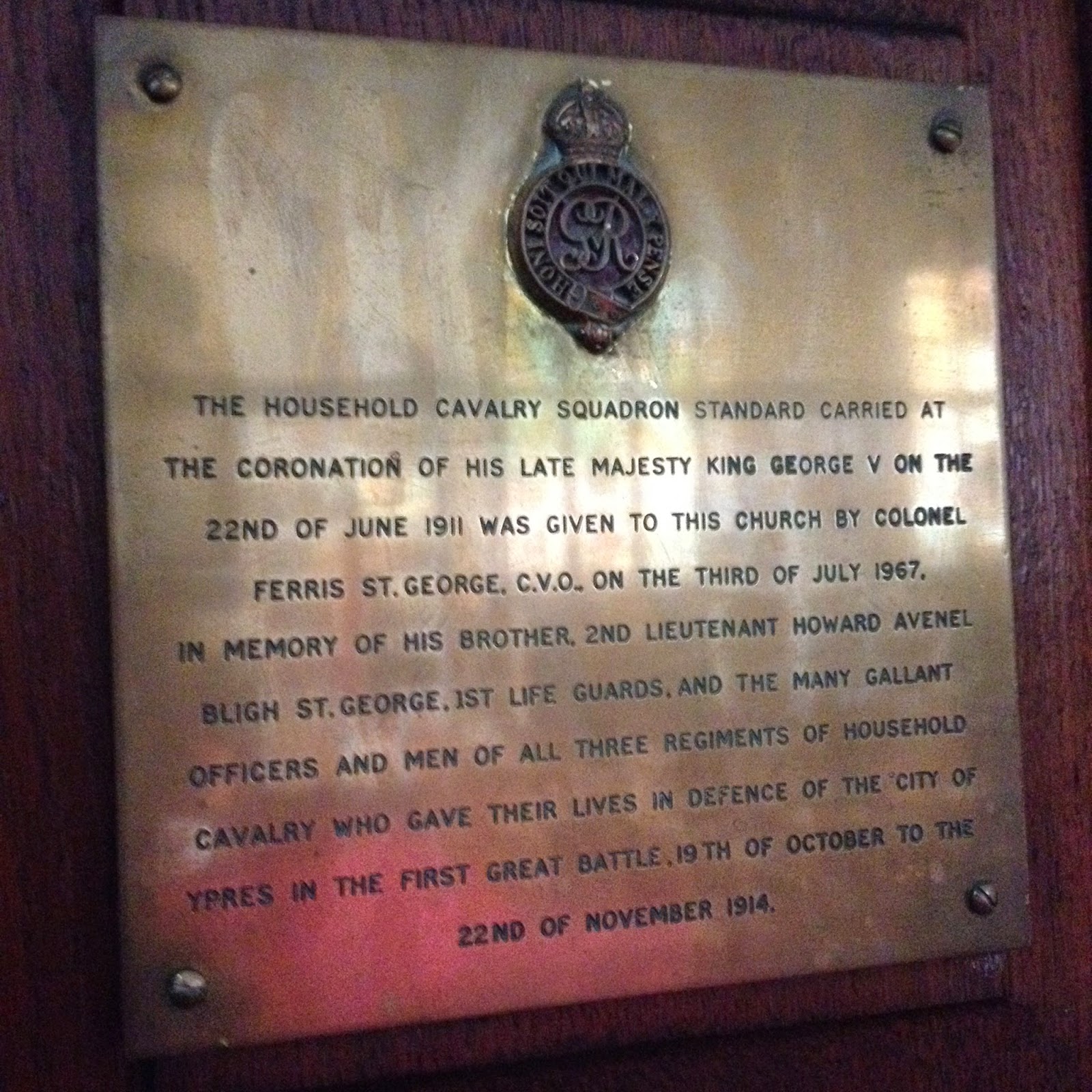 If you are intrigued to know who the Artists Rifles were, this link will explain all, I discovered. 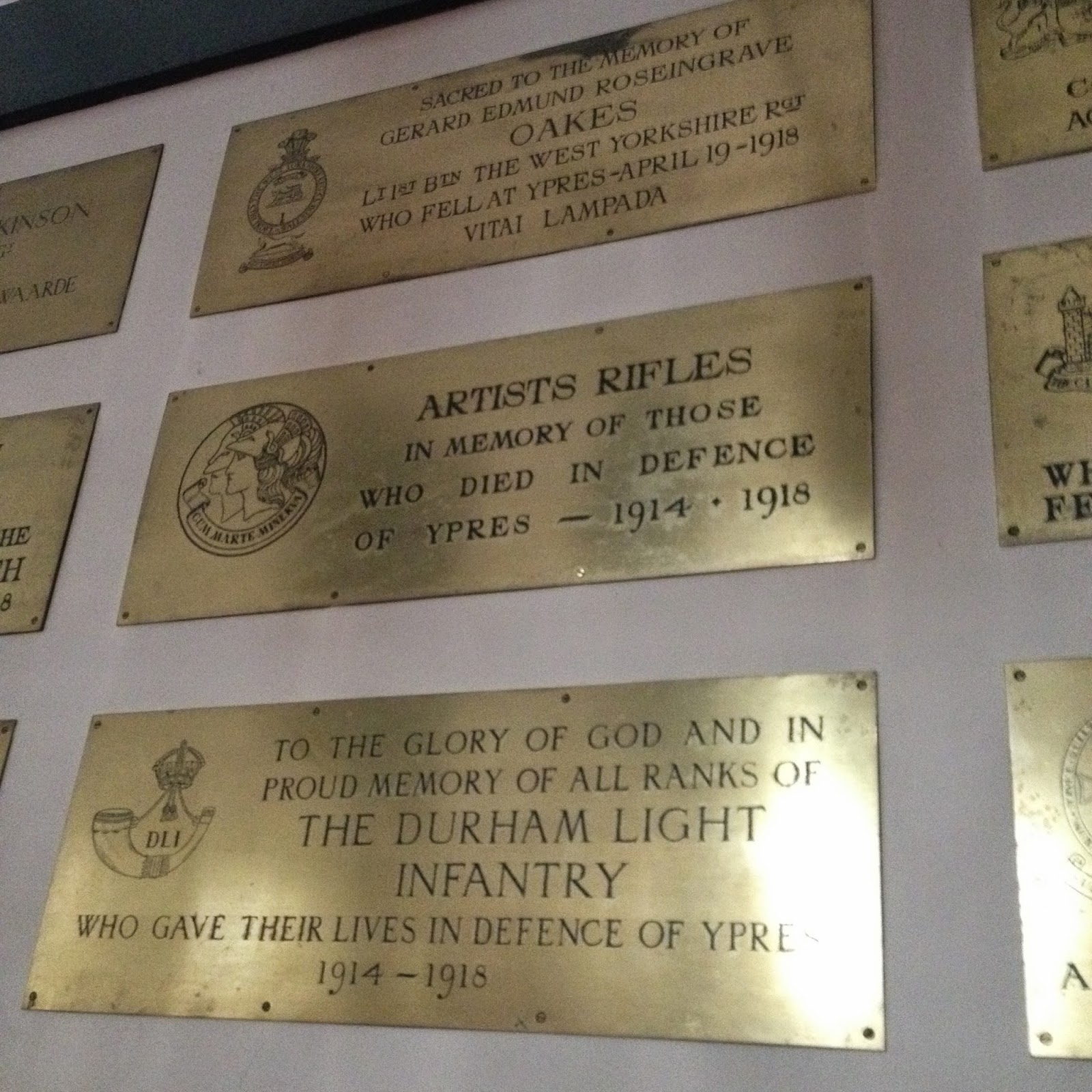 For more on the Chinese Labour Corps, go to this link, although I'm left wondering what exactly 'recruitment' entailed, and whether there was anything voluntary about it: 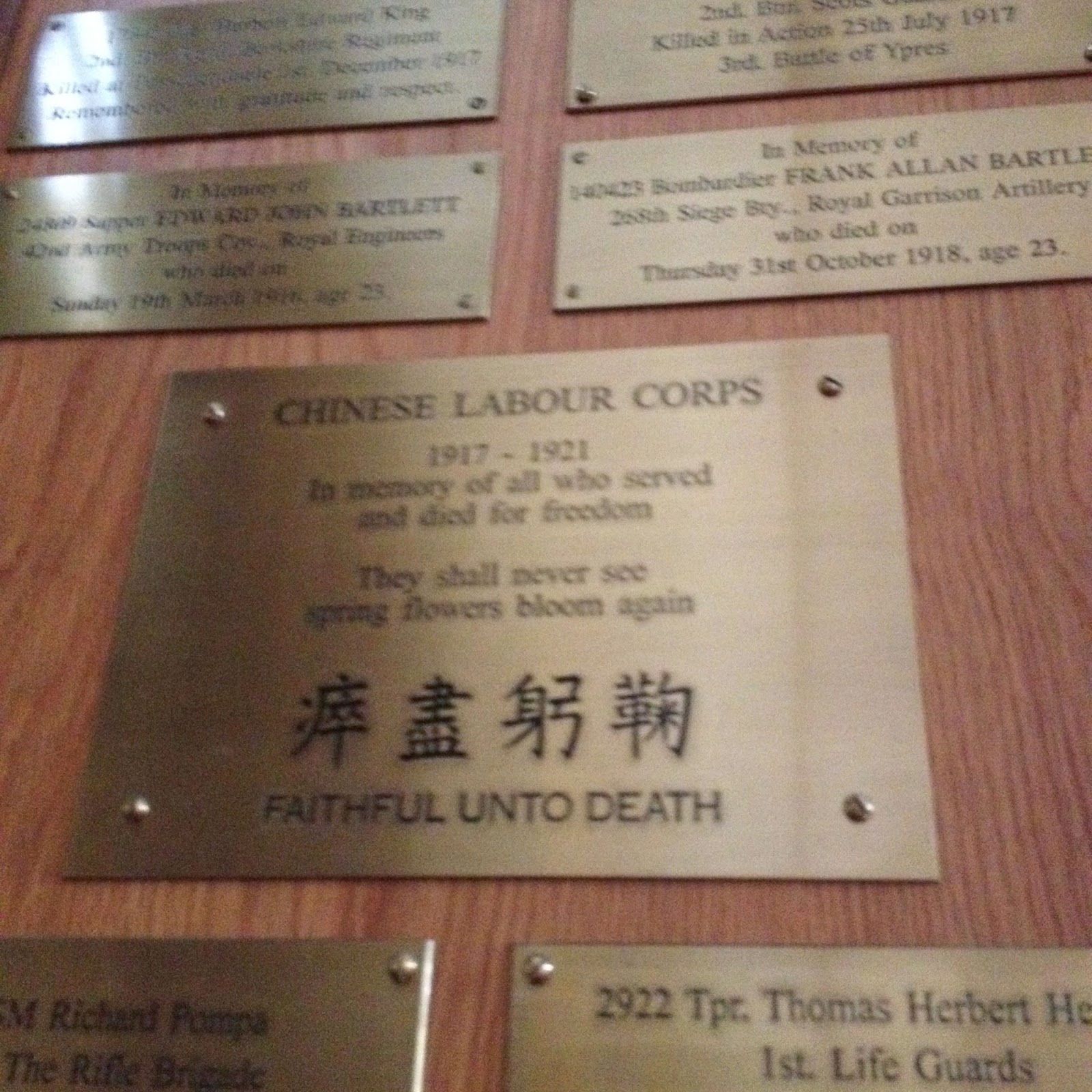 This plaque touched me particularly of course - put up by the precursor to the RSL: 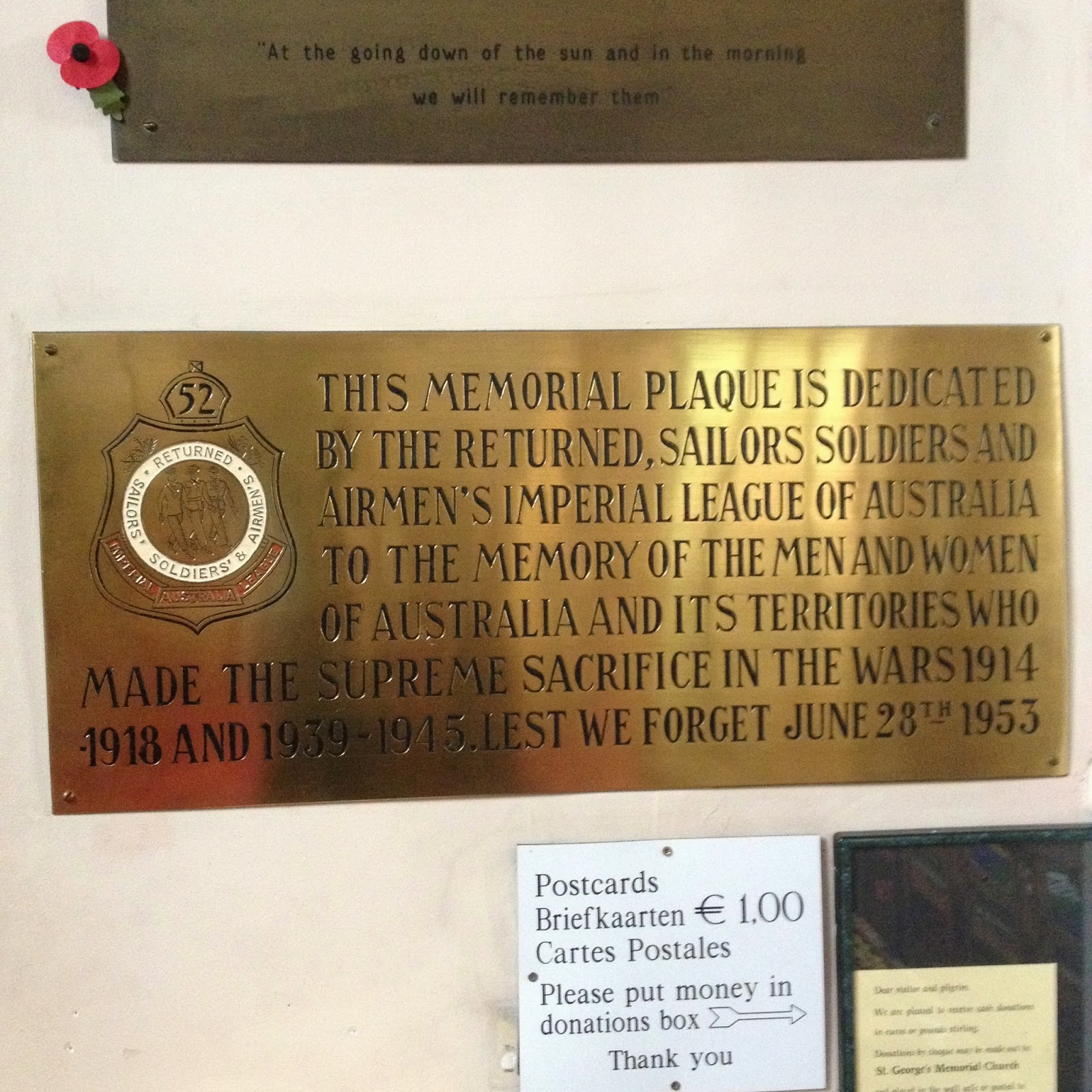 It struck me as a bit of a nerve on the part of the British to create the 'victory title' of 'Earl of Ypres' but at least it led to finding out about the colourful John French: 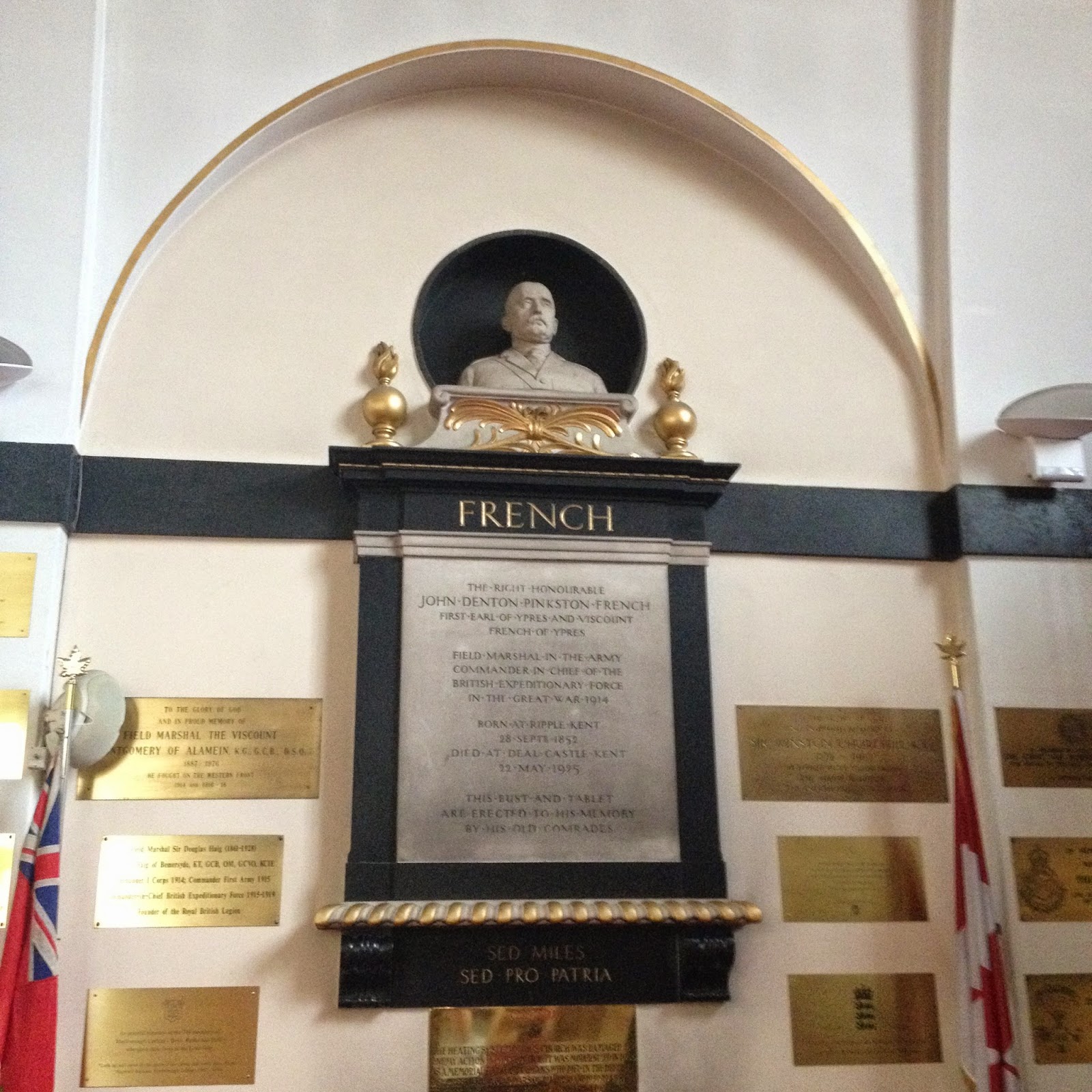 Such a wonderful poem, it goes without saying (so why am I saying it?): 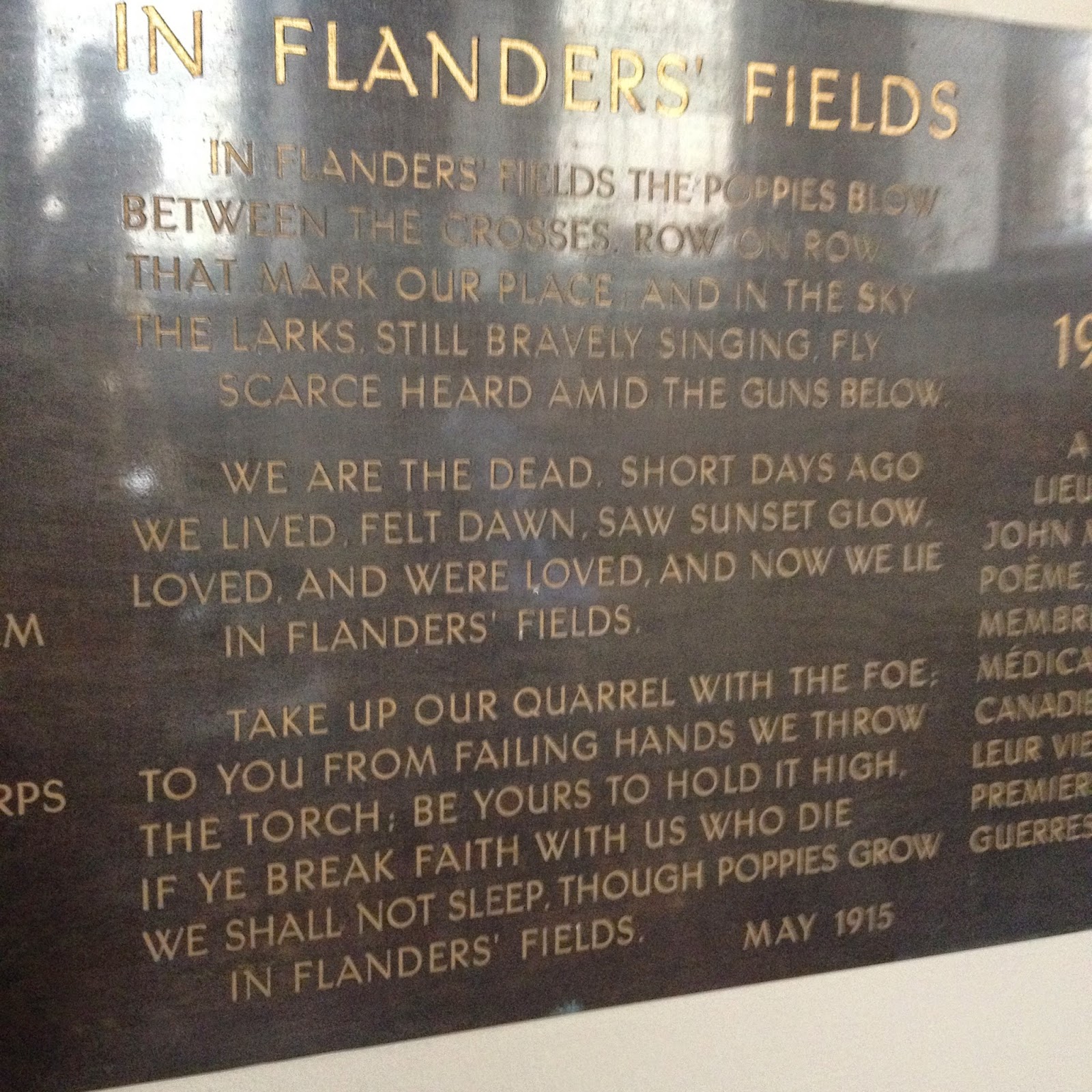 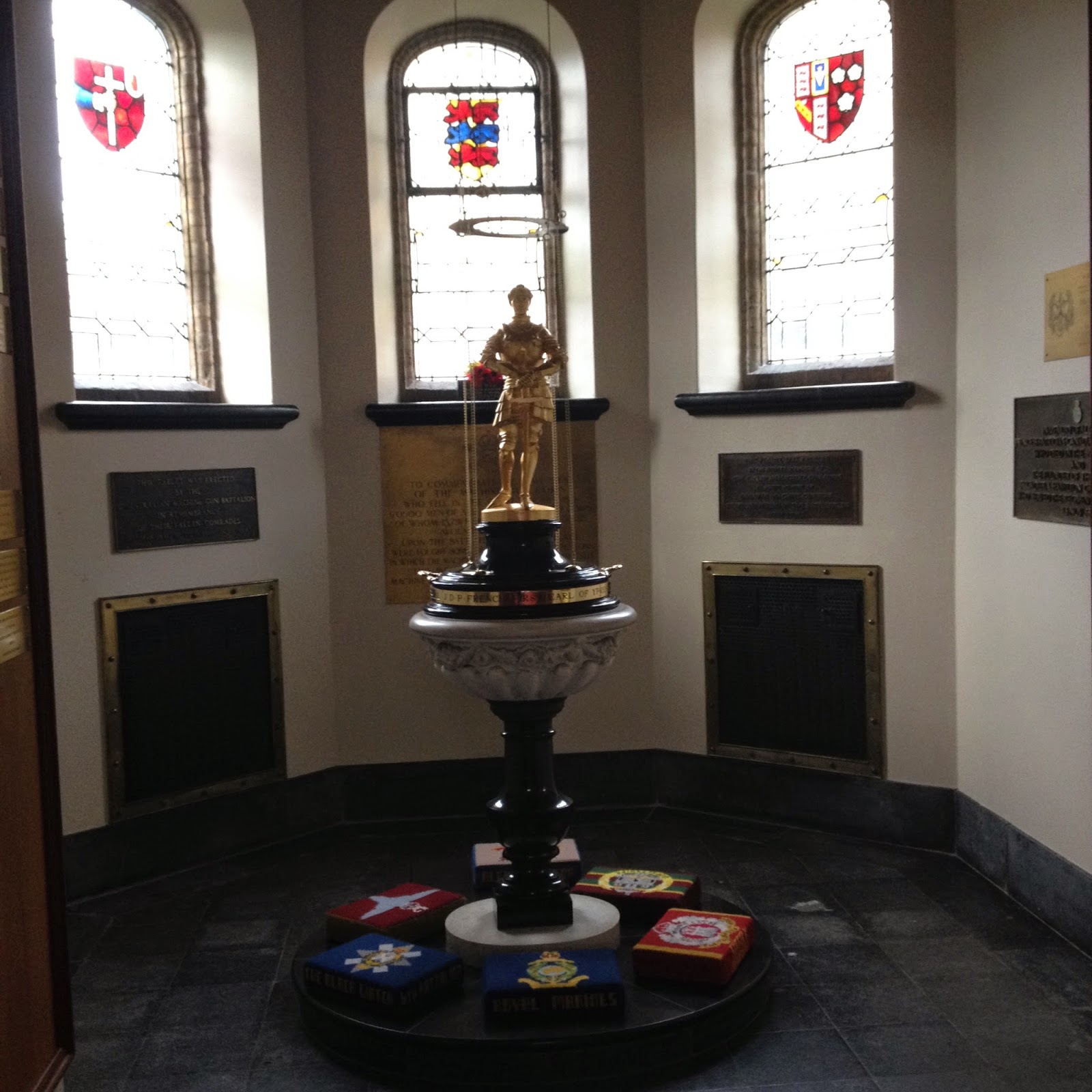 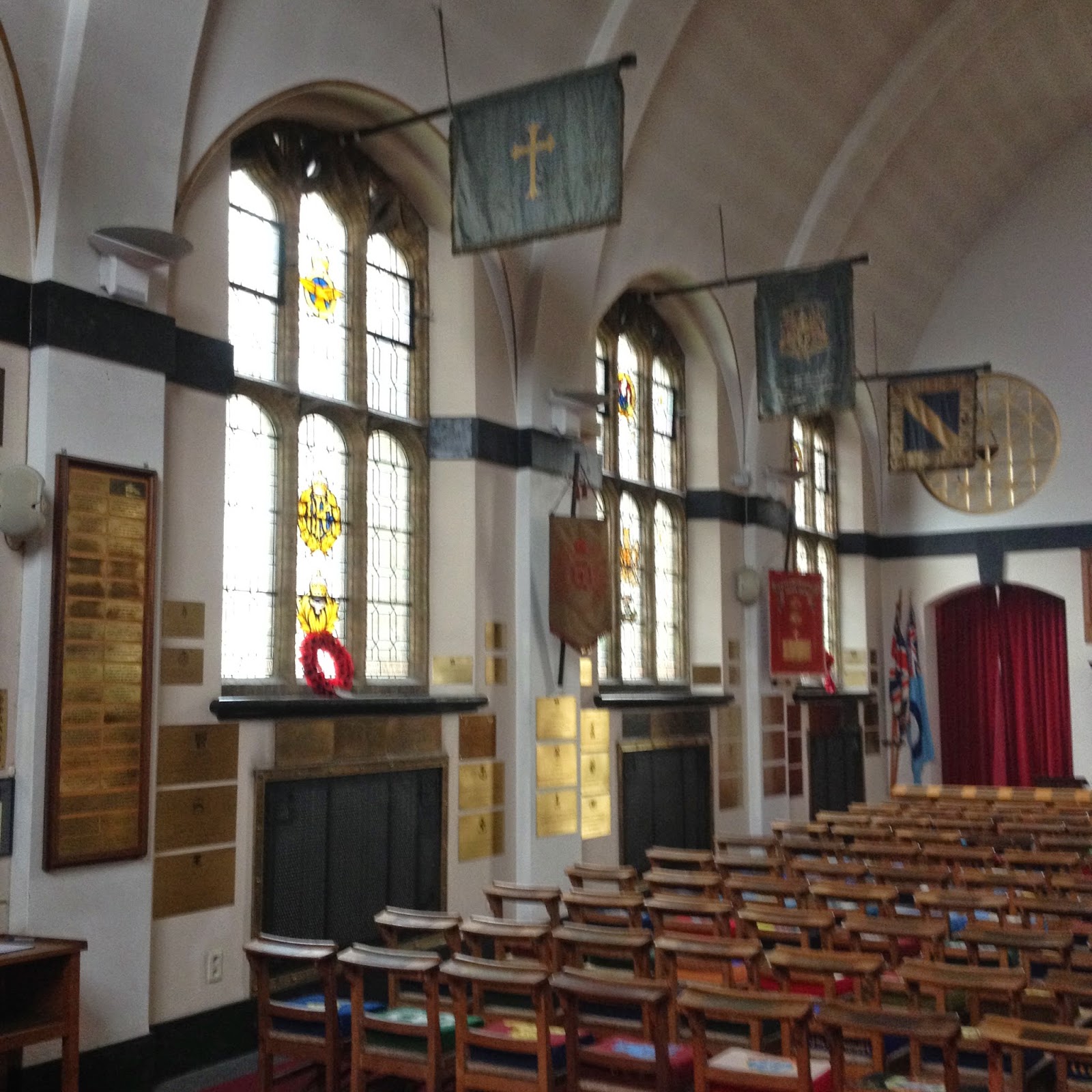 Should the Queen ever turn up, her hassock awaits her: 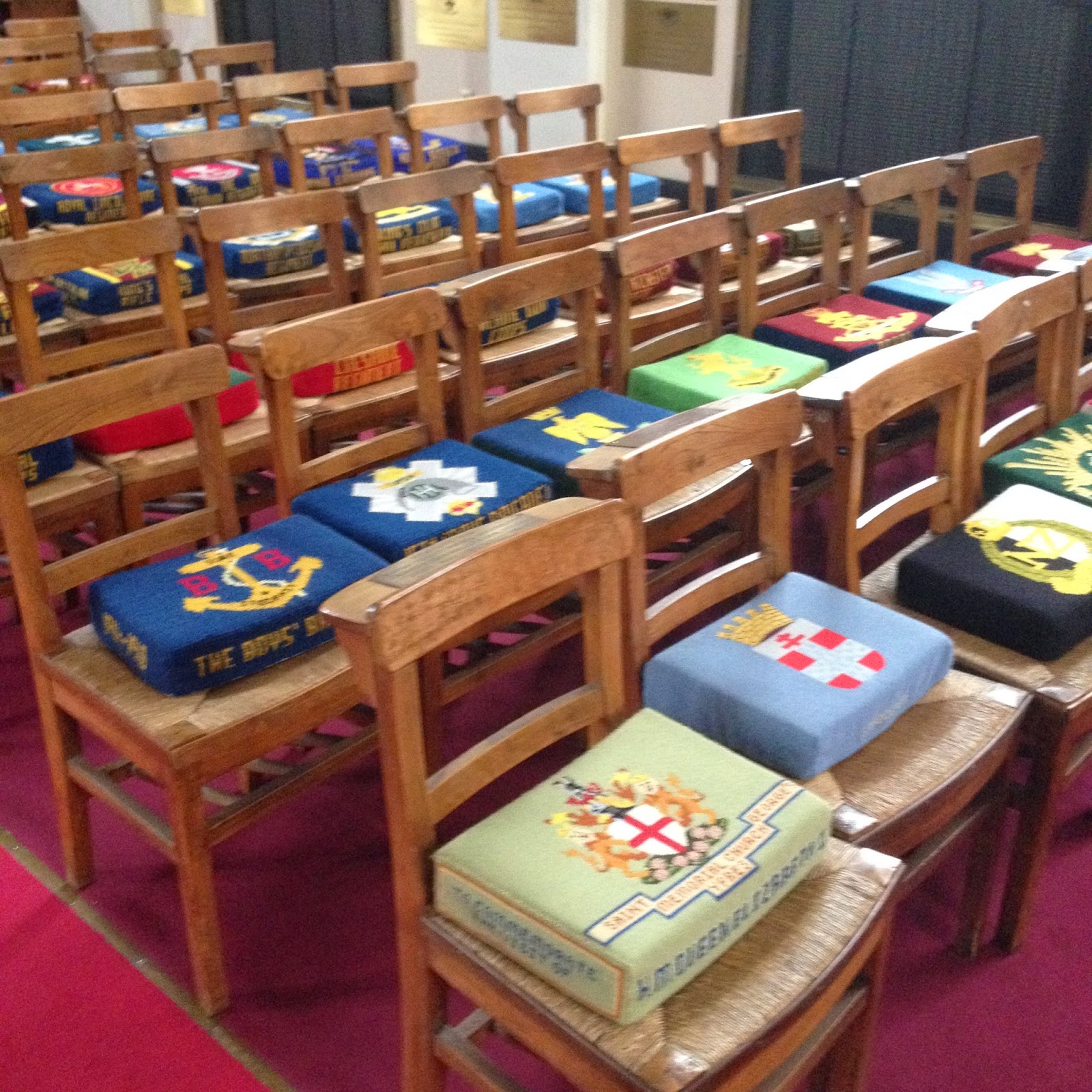 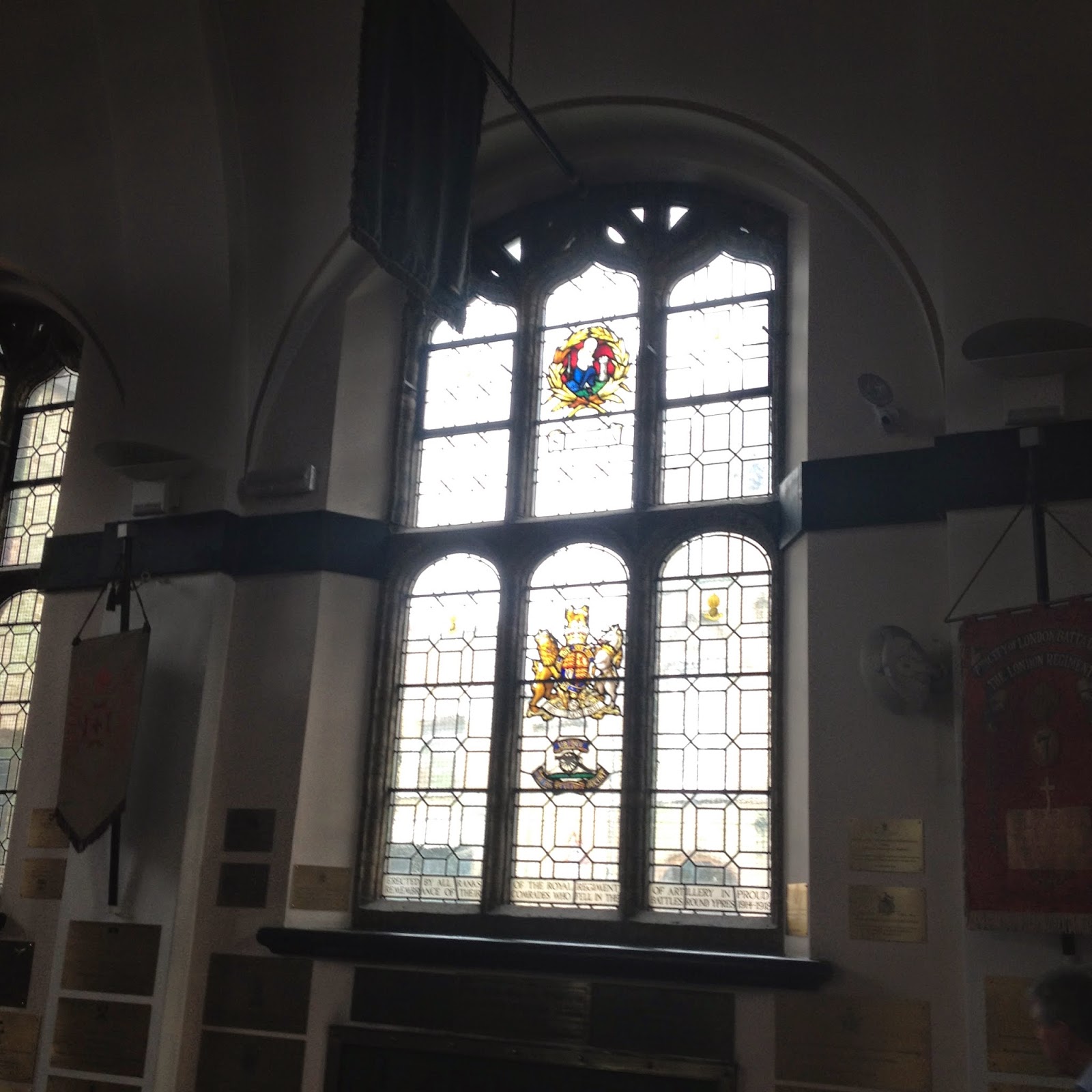 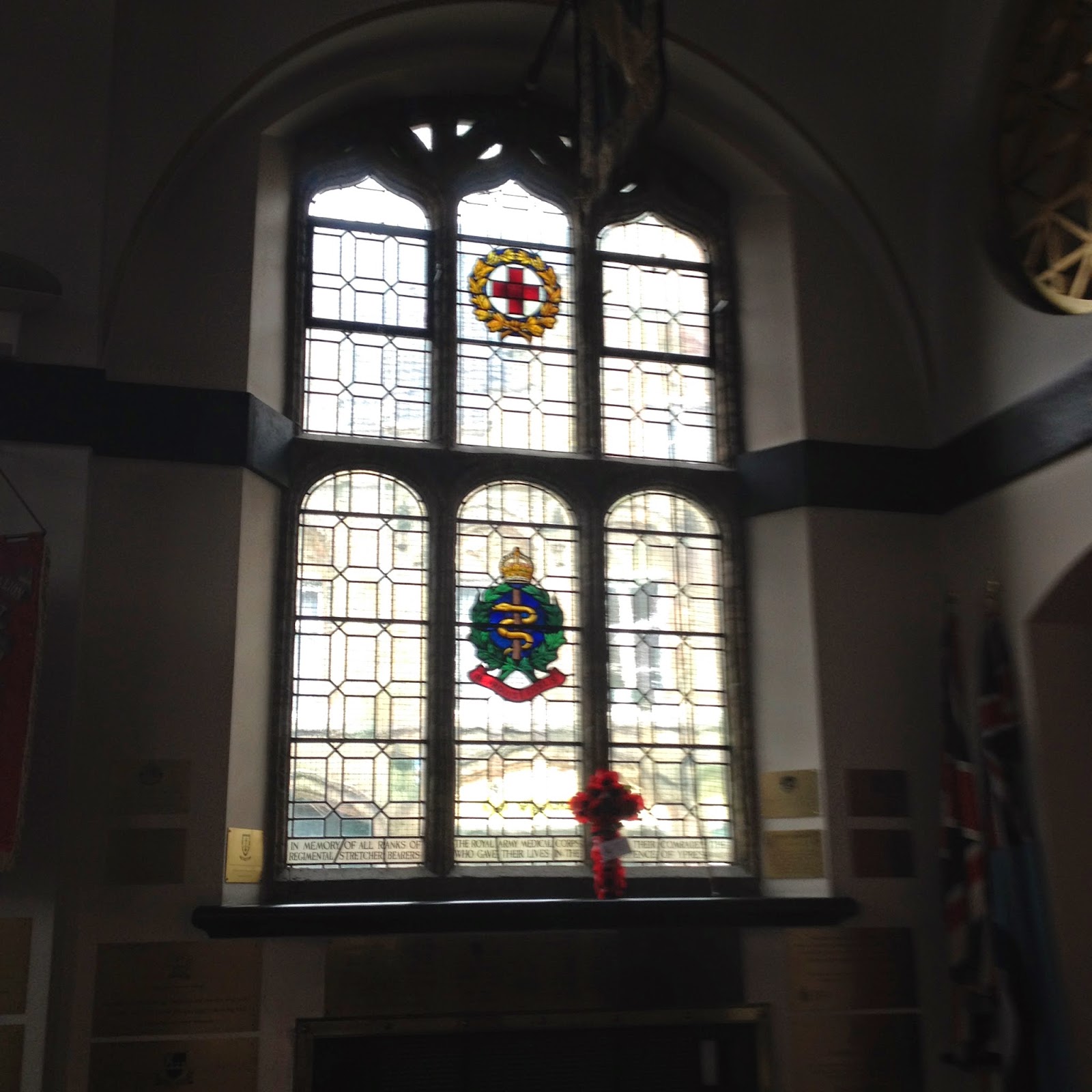 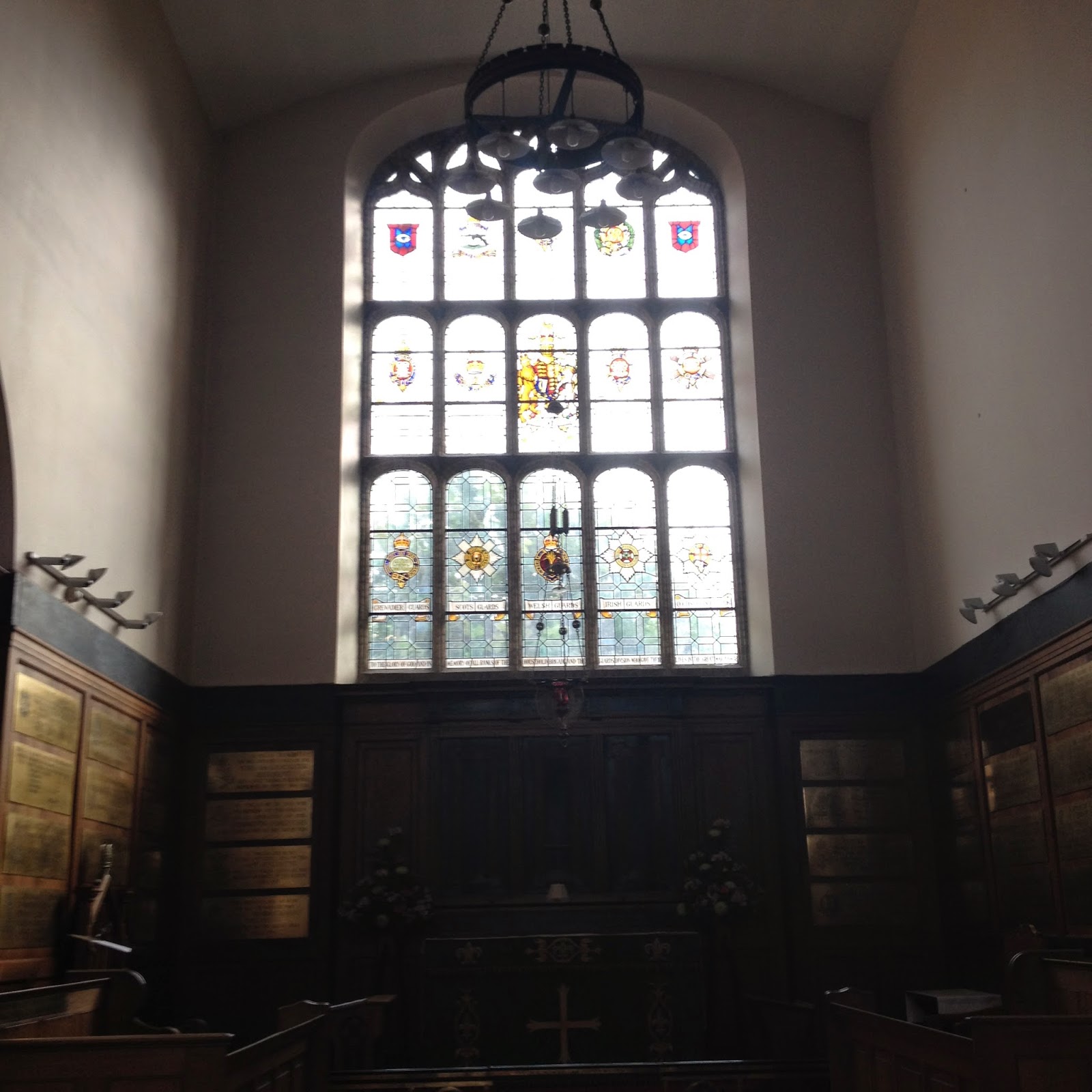 It's something about the distance they'd come that makes me especially moved by this memorial: 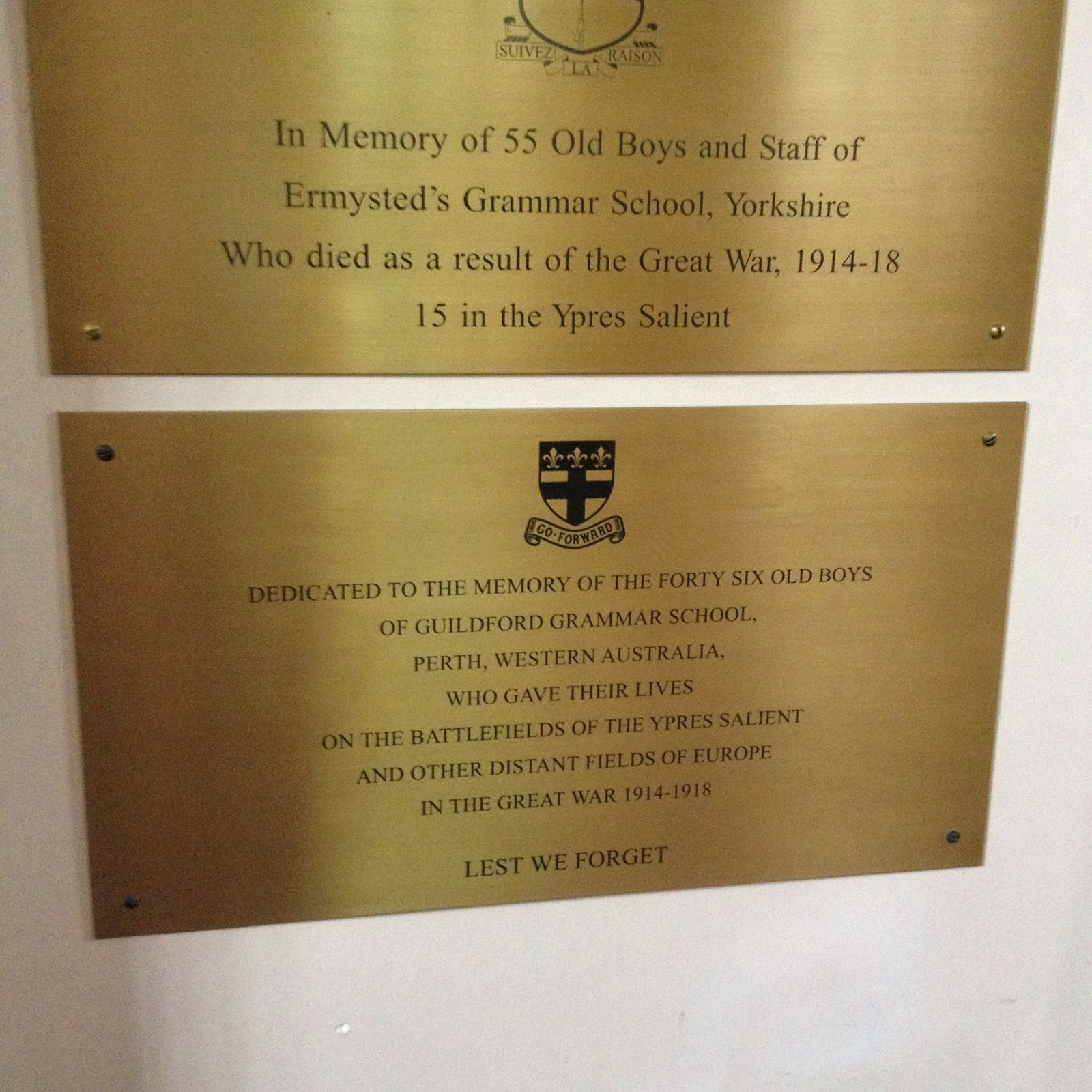 In the light of everything, as I asked yesterday, is it a good thing that the majority would probably now grudge giving their lives, if the cause were as hard to justify as that of the First World War now appears: 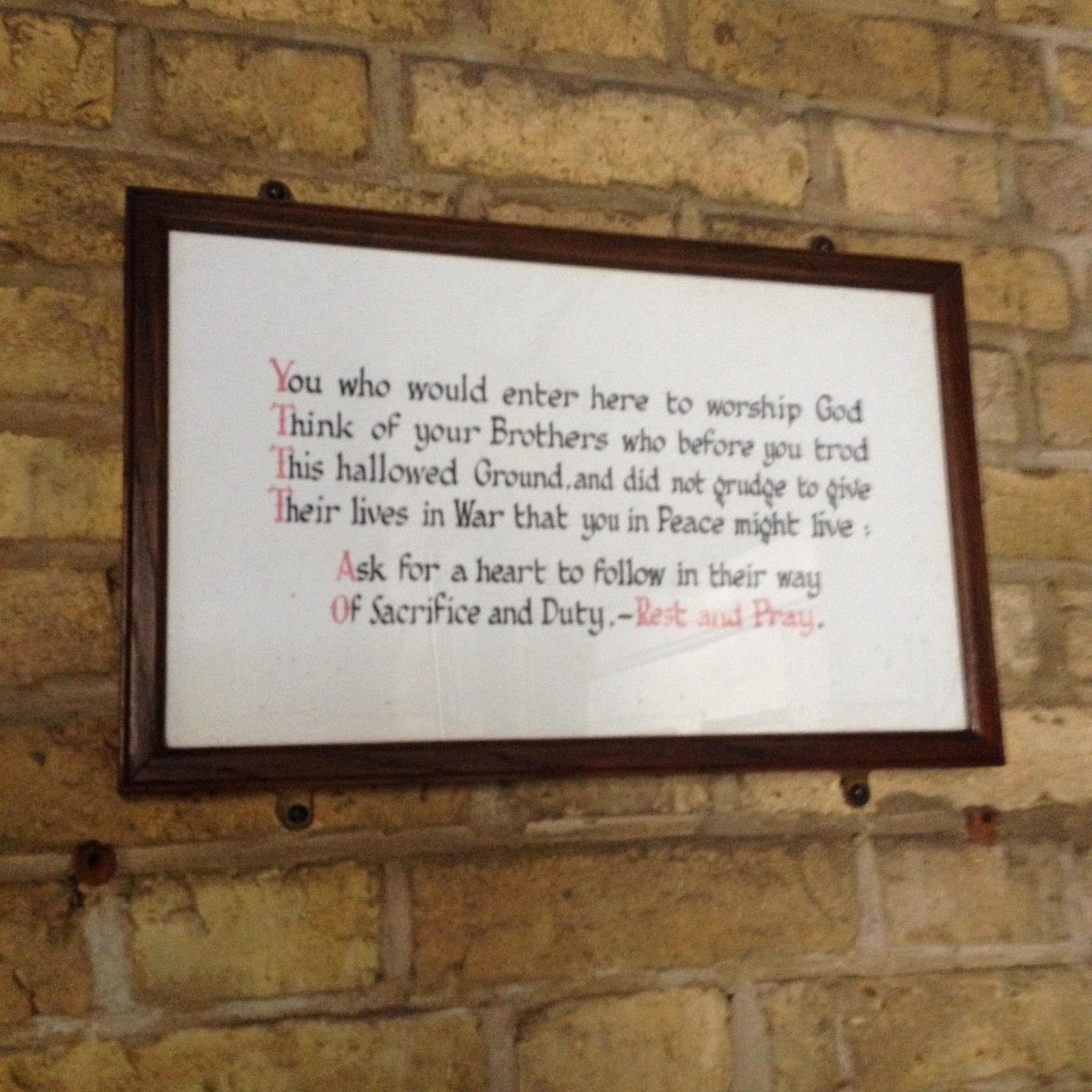 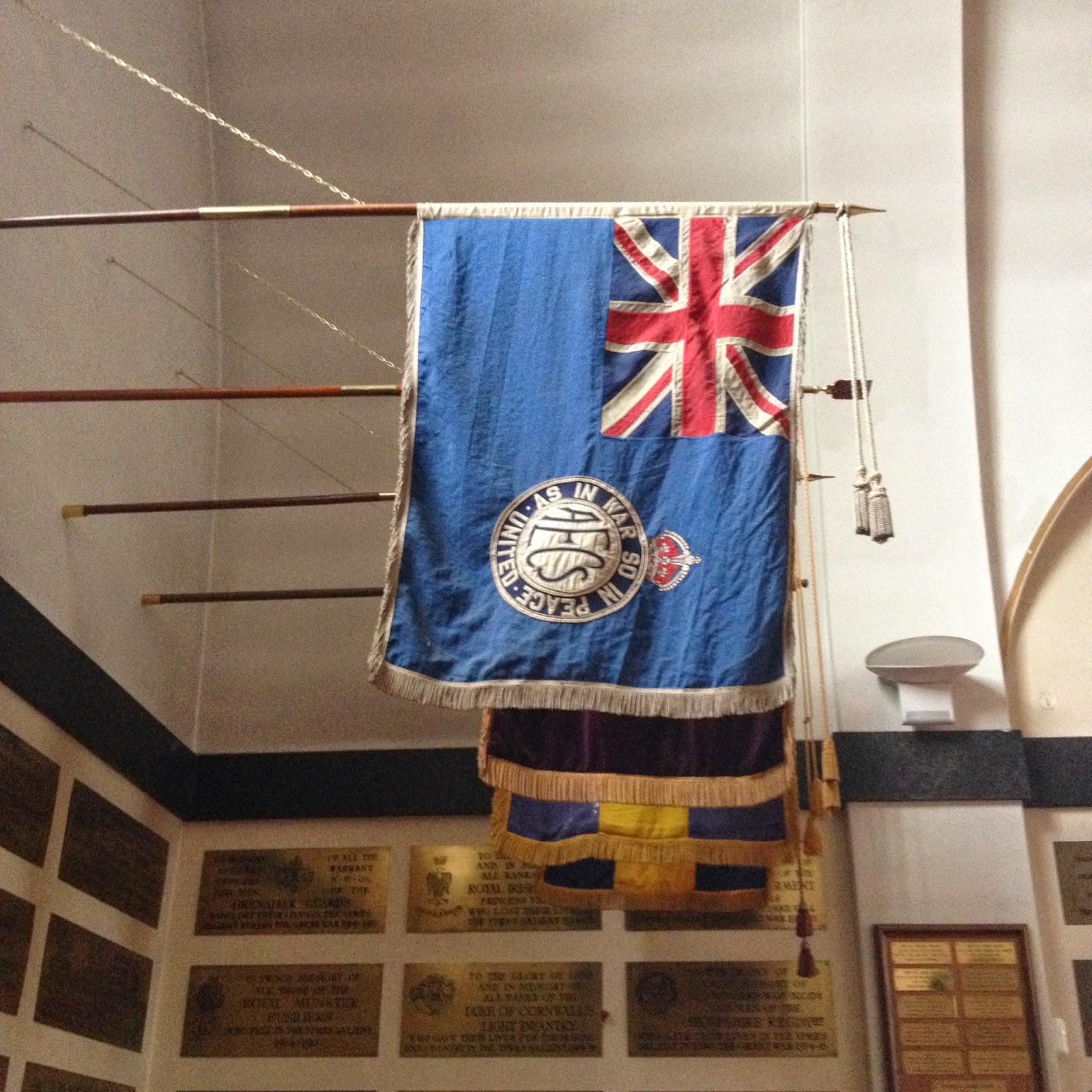 Each time I go to St George's, I'm reminded of Rudyard Kipling's story, 'The Gardener'. I feel sure Helen Turrell stopped by the church on her way to visit Michael's grave.
- October 04, 2014