A Gulf of Words

It's funny how language, an instrument designed to bring us closer together, can sometimes do the opposite instead. For instance, today in the supermarket I overheard a conversation that made me feel profoundly alone.

The conversation was between two women I didn't know. They greeted each other but were both in a hurry. One said she'd give the other a bell, (already a chill feeling of isolation began to fold itself around me, as that particular turn of phrase struck my ears - especially as it was accompanied by the gesture that involves holding a hand up to your face to, supposedly, resemble a telephone receiver being picked up). Yes, said the other, lets grab a coffee, (not a coffee, a cup of coffee, I refrained from interrupting them to point out),  when the kids are at pre-school. We can have a really good chinwag then.


Yet, so far as I could see, no-one else  in the shop had so much as flinched in the face of this horrible occurrence. Furthermore, time had not stopped. Not even one thunderbolt had come crashing through the striplit ceiling to strike the speaker down either.

Which was when it was - not for the first time, of course, (but most of the time I'm in denial) - borne in on me that I'm all by myself in a world where those I thought were my fellows remain calm in the face of dreadful words like 'chinwag'. Not one other person was shuddering or writhing or terrifying small children by gurning with horror as the frightful word echoed round the shelves of dry-goods and pre-dinner snacks.

No-one understands me. No-one. I bet you don't either. I bet you're saying right at this moment, 'Oh Zed, aren't you getting a tad over-excited?'

I have many things to blog about - none of them important or possibly even interesting - but no time. To add to my lack of time - and my sense of futility; why bother when so many people have written so many far better things about almost everything already - I have discovered a site where, if you have a spare 145 hours and 18 minutes, you can hear Marcel Proust's great work read beautifully in French. It is wonderful, and it can be found here.

And really, why write anything, post-Proust?

Let the One With the Zimmer Frame In

Tearing up newspapers to make a fire yesterday evening - and incidentally what is it going to cost after the death of newspapers to get a fire going? I mean just how many ipads and tablets can a household afford and how easy are they to scrunchle up as a bedding for kindling anyway?- I noticed an item that should breathe new life into the whole vampire literary genre: 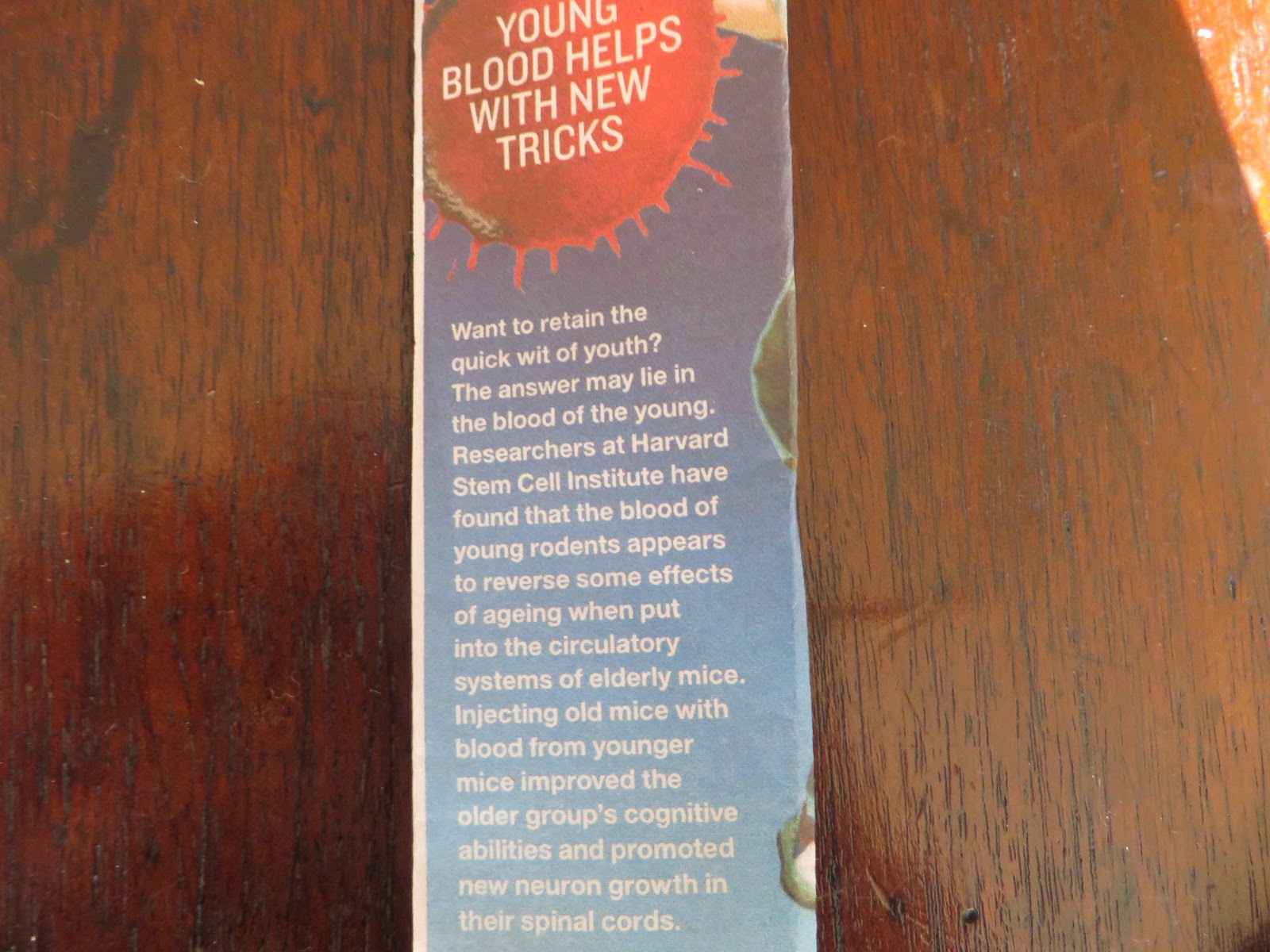 A series in which blood lusting baby boomers roam the urban landscape, preying on youth, should appeal to an enormous market of readers. If I weren't so squeamish, I'd try my hand at it myself, (the writing, not the marauding, I mean).

I don't know what it was about The Good Life that made it popular even amongst those of us who were rather difficult, pretending-to-be-anti-establishment teenagers at the time it was shown - although I suspect that, in the case of my male contemporaries, there may have been a strong element of fondness (is that the right word?) for Felicity Kendal.

In addition though, judging by this tiny excerpt from the show, there was a considerable element of beautifully executed slapstick in the mix: