I left Budapest just before Christmas, to return to Canberra for several months. I was reluctant as I am not fond of summer weather. January turned out to be the hottest January ever recorded, so the charms of Canberra, which, for me, are mainly to do with being able to walk in the bush, even though you are in the middle of a capital city, were difficult to enjoy. It was like walking through an enormous baker's oven. Ugh.

When I came back, it was not hugely cold even in Budapest. Going for a walk, we discovered that a bashed up old house around the corner has been renovated beautifully during our absence, so that now the friendly lions all over its facade are not difficult to make out: 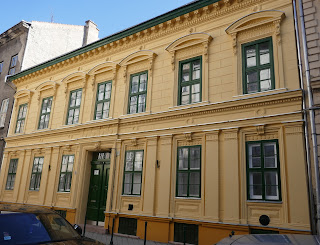 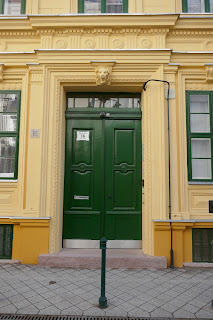 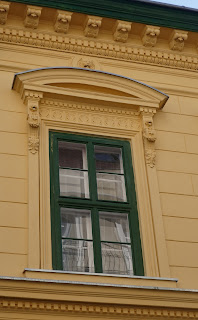 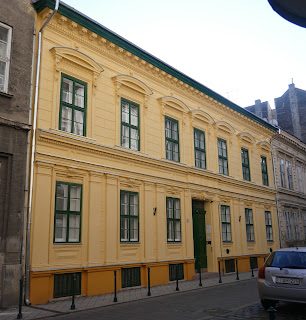 The building faces another that has yet to see the kind hand of the renovator. I admire it anyway and often imagine what those rooms at the top must be like and wonder whether shapes like those windowframes seemed shocking when they first appeared: 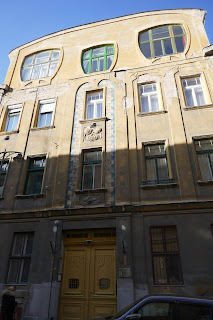 Nearby, I was happy to see a gateway I've always loved - the building had been scaffolded before we went away: 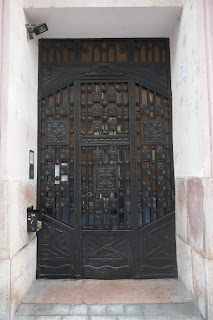 I don't know why the two birds decorating each side are not absolutely symmetrical - the central decorative panels are very slightly different: 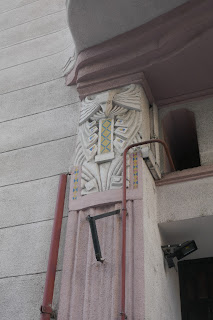 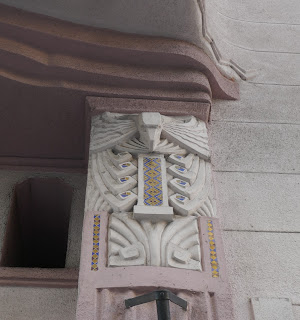 It is the ruling personality over the doorway that I'm especially fond of, a person who seems composed in equal measure of daftness and depressive gloom: 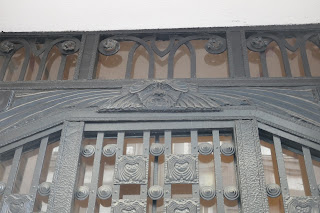 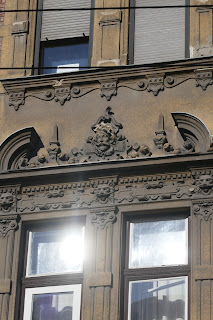 On our first morning, we decided to have breakfast at the newly reopened Parisi Cafe, a wonderful old ballroom behind what was a bookshop and is now some sort of adventure experience for children, on Andrassy utca. We were glad to see that little seems to have changed since the last time we were there, although I believe the sofas used to be leather, whereas they are now covered in mauve nylon velvet, and some huge pots in the same colour have been brought in, which isn't an improvement. Still to be able to sit beneath a ceiling like this, drinking coffee, is a joy: 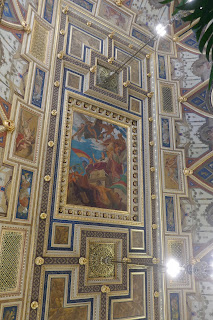 and there is no cafe anywhere in Canberra where you can look up and see a golden face gurning down at you (is this an advantage? I suppose it depends on one's mood): 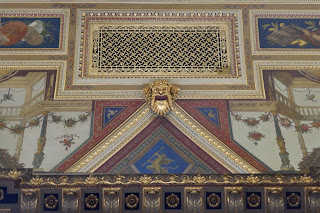 We made our way down Andrassy utca then, past many, many caryatids and stone faces, not least this gentle lion at waist height: 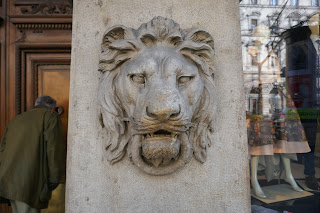 and then threaded our way parallel with Vaci utca, happy to be able to see these two facades, since the dreadful carpark that obscured them was demolished: 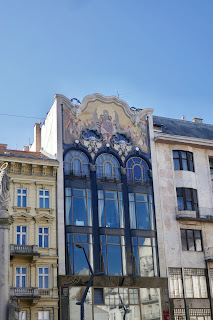 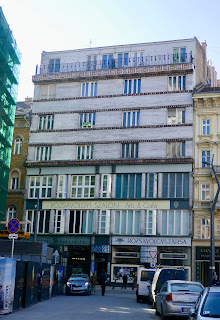 and excited to see good progress on the wonderful Parisi udvar, the unrenovated interior of which featured in the opening scenes of the Gary Oldman film Tinker Tailor Soldier Spy: 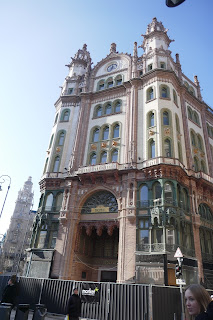 passing the building where Katalin Karady used to live - I love being reminded of her and her courage. She was an actress who saved many Jewish victims of the Arrow Cross and I salute her bravery and wish I could believe I would behave even half so well as she in those terrible circumstances: 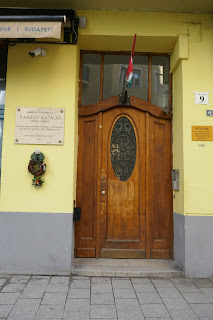 We were on our way to the market to get some food. While I cannot claim there was quite the range of fruit and vegetables available that there is back in Canberra, it was all rather beautiful in a bountiful kind of way: 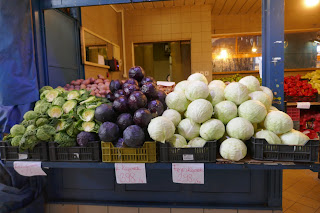 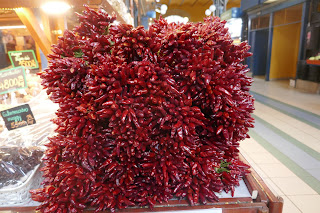 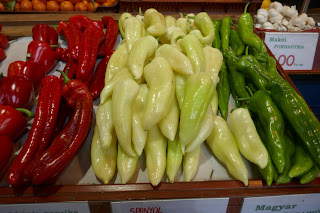 and our fellow shoppers did not shame us with their blonde, bronzed health youthfulness, as  most of those you share the pavement with in Australia - and especially Sydney - tend to do: 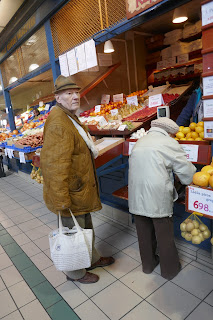 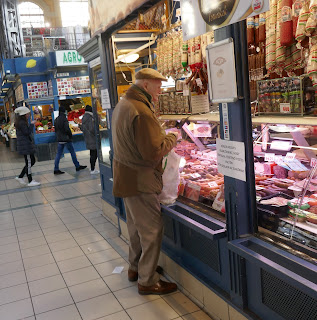 And when it comes to smoked and salted products and sausages, Budapest certainly gives Australia a run for its money: 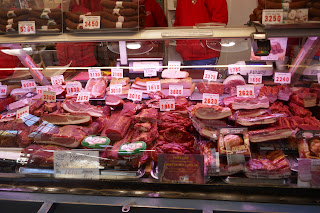 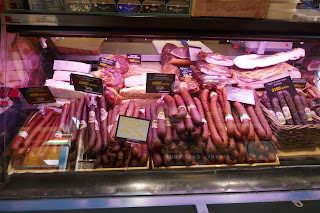