I am inclined to baulk at the gradual transition in the meaning of words such as "disinterest" and the slow decline in the general English-speaking population's understanding of the difference between "less" and "fewer". However, I try hard to remember that it is the English language's adaptability and pliancy that is one of its greatest strengths.

It was in the spirit of cultivating my tolerance for modern usage that my eye was caught by this passage in a book I picked up by a writer called William Zinsser:

'I’m far less preoccupied than I once was with individual words and their picturesque roots and origins and with the various fights over which new ones should be admitted into the language. Those are mere skirmishes at the edge of the battlefield; I will no longer man the ramparts to hurl back such barbarians as “hopefully.”'

What kept my attention was what followed, which strikes me as important:

'What does preoccupy me is the plain declarative sentence. How have we managed to hide it from so much of the population? Far too many Americans are prevented from doing useful work because they never learned to express themselves. Contrary to general belief, writing isn’t something that only “writers” do; writing is a basic skill for getting through life. Yet most American adults are terrified of the prospect—ask a middle-aged engineer to write a report and you’ll see something close to panic. Writing, however, isn’t a special language that belongs to English teachers and a few other sensitive souls who have a “gift for words.” Writing is thinking on paper. Anyone who thinks clearly should be able to write clearly—about any subject at all.'

I encounter so many people who cannot write a clear sentence, and I worry that Zinsser is right - that their inability to write clearly is evidence of an inability to think clearly. In a democracy, especially one where voting is compulsory, that is a worrying thing*.

(The two passages are from: "Writing to Learn: How to Write - and Think - Clearly About Any Subject at All" by William Zinsser, which contains a delightful account of how Zinsser earned his university degree after an interview with Dean Robert K Root at Princeton - or, if your perspective is more contemporary, a disgusting account of white privilege in all its horror.)

*I have never forgotten the conversation I witnessed the day before the Australian federal election in 2010. It took place in a petrol station. One of the protagonists was a girl who manned the till in the petrol station. The other was a long distance truck driver who had just filled up his gigantic vehicle with loads and loads of fuel:

It was the day before the federal election in August 2010, and I had stopped at a petrol station in Victoria. A truck with the name of Australia's biggest trucking firm along its side pulled into the station just ahead of me. After I filled my tank, I went in to pay for my petrol and found the truck's driver in front of me in the queue. When his turn came to be served, he slapped a tabloid newspaper he was buying down on the counter. Needless to say its front page was dominated by the election.
'Which of these mongrels are you going to go for?' he asked the petrol station attendant.
'I'm sick of the both of them,' she answered, 'I think I'll give those Greens a go this time.'
'Yeah, I reckon that's what I'll do too,' the  truck driver answered.

Rules for a Traditionalist Negotiating Contemporary Life: No. 2

Once, in an argument, if you said, "I don't want X; I want Y", the person arguing with you would say, "It isn't that simple", but there is a new phrase used by politicians and other dishonest spruikers in such situations. "It isn't a binary choice", they tell you, which they think makes them sound much cleverer - and rather contemporary and hip, since it contains the echo of identity politics, and the faint implication of being "non-binary", (woo hoo, so cool).

The Treasurer of Australia, Josh Frydenberg, is the latest to throw the new phrase around, in a desperate attempt to seem relevant to someone, by calling for net zero carbon emissions for Australia by 2050, (while not mentioning that it will make not a blind bit of difference to anyone until someone persuades China and India to stop belching out foul gases on an ever-increasing scale).

I bitterly resent being made even for a millisecond to contemplate Josh Frydenberg or any other politician or public figure engaged in sexual activity, whether binary or non-binary. My view on the subject is quite simple and entirely binary; I am on the side of the binary choice, (or simple choice, as it ought to be termed), that says, when presented with fleeting references to other people's sexual activity, however inadvertent those may be, "Eurgh, no, no, no, no."

If you ever cross Horseguards Parade in London, there’s a game you might like to play. Heading in the direction of Whitehall look at the roofs of the buildings on your left. Can you see him? 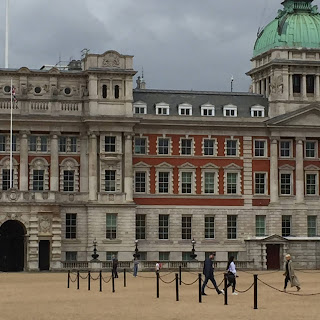 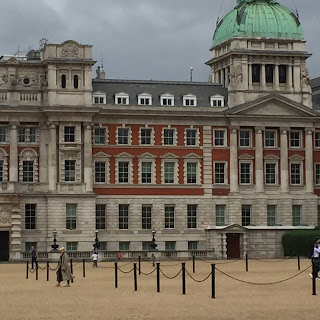 As you keep walking, can you still see him? 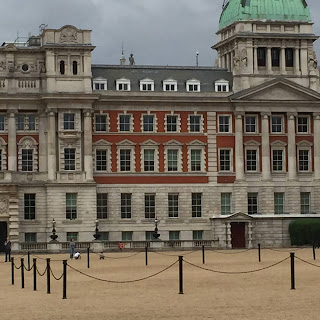 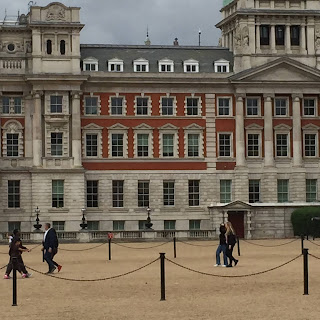 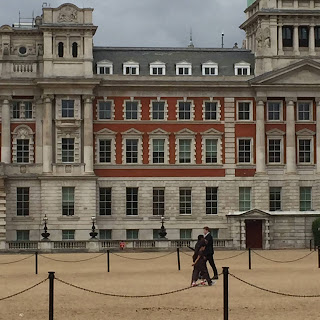 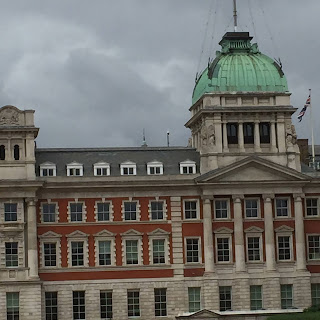 The Politics of “Phwoar!”

This morning, having got back to Budapest after several weeks away, I decided to ignore unpacking and sorting out and instead to go for a stroll.

After crossing the river, I headed down toward the beautifully restored area called the Várkert or Castle Garden, rescued by the Hungarian government as part of its Hauszmann programme, (which, mysteriously, the opposition parties plan to cancel if they win power, because they regard it as harking back to the Fascist horrors of the second world war; I don’t understand this rationale, given that the buildings and other structures in question date from an earlier century, well before the second or even the first world wars.)

Anyway, as I drew near to the Várkert I spotted a huddle of people with cameras and microphones surrounding a figure at whom they were yelling questions. Curiosity got the better of me and so I joined the crowd. The figure at its centre was speaking French and I soon realised that this was none other than Marion Maréchal, niece of Marine le Pen and now, it seems, involved with Eric Zemmour and the Union des Droites.

Mark Latham, an erratic Australian politician, once said that politics is showbiz for ugly people. What he ought to have added is that, on the rare occasions that a beautiful person wanders into politics, they dazzle even more effectively than they might on the silver screen. This was the secret, I believe, to Barack Obama's meteoric rise to become President of the United States. He'd hardly done anything politically, no one really had a clue what his plan was - if there was one. The great thing about him was that he looked absolutely gorgeous.

In Notes on the Death of Culture Mario Vargas Llosa wrote, "Today images have primacy over ideas." If he is correct - and I think he is - then strategists on the right in politics need to nominate Ms Maréchal as a presidential candidate very swiftly. Who cares what she believes in; after just a glance, a majority of the male population of France will surely be keen to put their tick in her box (on the voting paper, I mean, of course, you smutty minded person):

Email ThisBlogThis!Share to TwitterShare to FacebookShare to Pinterest
Labels: Marion Maréchal, The age of the image

Rules for a Traditionalist Negotiating Contemporary Life: No. 1

If you encounter the word "privilege" used as a verb in a piece of writing, stop reading immediately. When "privilege" is used as a verb, it is a clear indication that you are dealing with a narcissist whose mind is full of clap trap, (most of it probably derived - although the author may be too dim to realise the fact themselves - from Marxism).

It is a waste of time to persist in such circumstances.

Here is an example of the kind of thing I mean, taken from the letters page of a recent issue of the New Yorker: 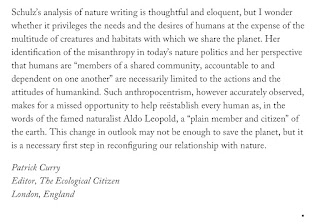 Email ThisBlogThis!Share to TwitterShare to FacebookShare to Pinterest
Labels: privilege

The Theatre of Other People

I Went to the Theatre!

Is there anything more I need to say? Is this not a miracle after so many months in which theatres were out-of-bounds? Even I, eschewer of noisy punctuation, believe an exclamation mark is justified.

And how was it? It was grand, as they say in Ireland, where I have spent quite a bit of time lately (more of that anon). I admit that there is one good thing about having your rights taken away from you, being curtailed in your activities by government fiat - and that is getting them back.

My word, you value things, once you've missed them for a bit.

The play was Oleanna by David Mamet. The production I saw started its life in Bath and is now at the Arts Theatre in London. If you want to know more about it, I've written a post about it here. If you just want to know whether it's any good and worth going to, the two actors are magificent, the director has approached the text with great intelligence; in other words, I believe it is.