If you haven't much time, here is a summary of this post, from Matt, the Telegraph newspaper’s excellent cartoonist: 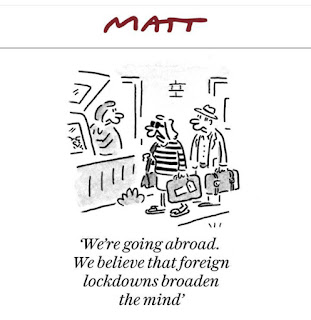 If you have time, read on to learn exactly how right that couple are. 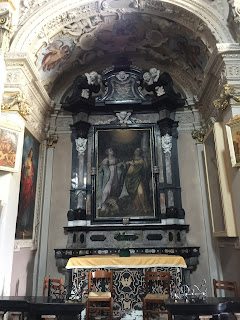 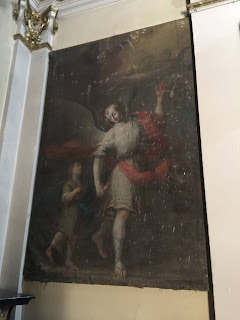 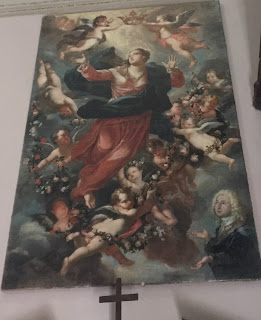 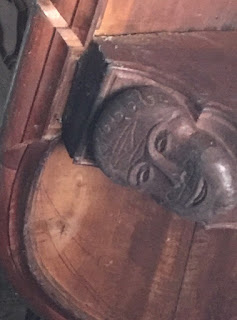 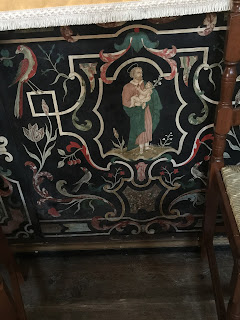 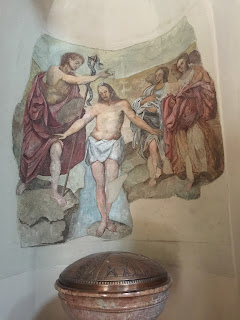 A few pretty things in church of no fame in a village few have heard of in Italy, examples of the treasures scattered across Europe that none of us have been able to admire for over a year.
I used to deal with a man in Brussels who, whenever I asked him a question, would invariably preface his answer with the phrase, "Normally, Madame". On occasion, in fact, his answer would consist only of those two words.
During lockdown I thought of that man quite often, remembering his simple phrase. I wondered when it would regain any meaning in reality and, in darker moments, whether anything would ever go normally again.
Then on 23 June, to my amazement, normality did return - at least it did in Hungary. No masks, no vaccine checkers, everything open to full capacity, no two-metre distances, just the return of common sense. And then, wonder of wonders, the European Union got its act together and set up a Europe-wide vaccination certificate. As soon as we received ours, we packed our bags and headed back into the world.
At this point, I should pause and give credit to my husband. I am always capable of persuading myself that I may not want what I actually want, that I am misguided and will be disappointed or disturbed if I achieve my goals.  If it weren't for my husband's boundless optimism, energy and general positive can-do approach, we'd probably still be at home. In his un-neurotic wake, I set off, braced for disillusion, convinced I would decide that travel was meaningless and idle self-indulgence and I'd only been wanting to do it because I wasn't allowed.
Wrong, wrong, wrong.
Being out in the world is invigorating. Seeing strangers is stimulating. Going to new places is exciting and inspiring and a reminder of how wonderful existence is - including the dear old mass of individuals that together make up the human race.
In Austria, the crowded cheerfulness - gemutlichkeit they call it - of a gasthaus in the evening, a plate of schnitzel with a gemischte salat beside it and the cheerful waiter in lederhosen sweeping down with a viertel of gruner veltliner and a bottle of mineral water. 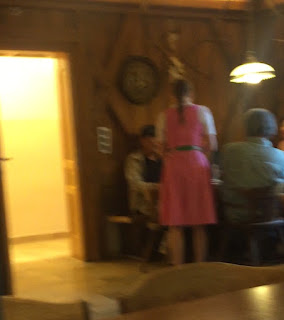 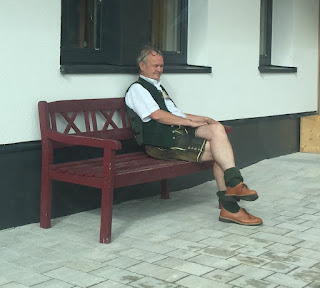 Man in lederhosen (not, so far as I know, a waiter, I have to admit) 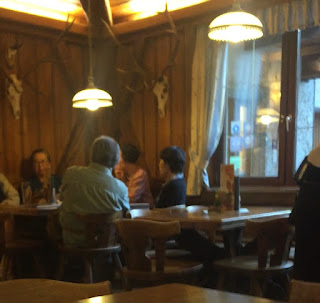 Laughter and talk and amiability surrounds you, the delight of being together made all the more intense by the unspoken knowledge that a huge truck just smashed through the wall of existence and, although they've patched things back together, who knows when the next one will come crashing in. 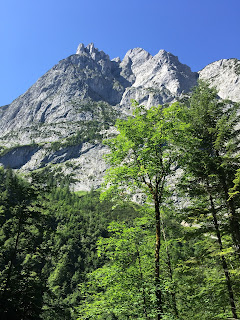 Europe's landscapes are so wonderful 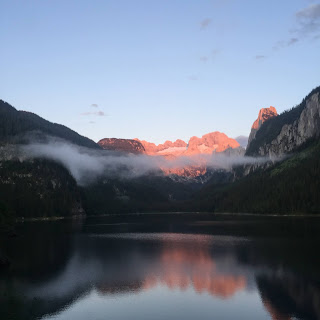 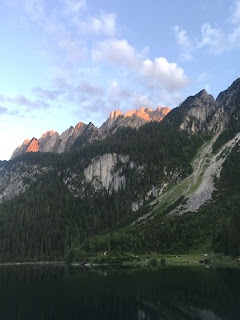 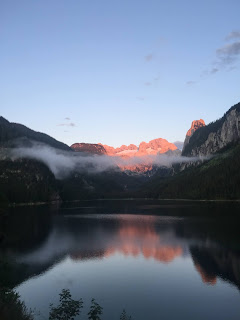 Forget that. Get over the trauma and shock, we tell ourselves. We are back in the world again, hurray.
Then Italy, and a succession of crowded agro-turistico inns that our friends who live in the hills above Lake Como introduce us to.
Again so glorious to be surrounded by people, this time all talking nineteen to the dozen in that beautiful language, which, when heard collectively, sounds like the chatter of a marvellous flock of birds. And the playful expostulations of men in bars down by the lakeside, stories unfolding within the age-old linguistic road map of alternating "allora"s and "peró"s.
Having once hated crowds, now the excitement of being in company is so great that it is almost like being drunk. 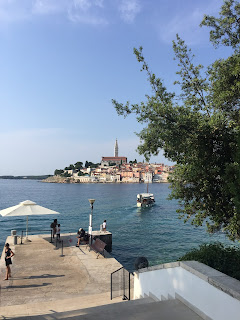 Waiting for the ferry to go from Katerina Island, a lovely swimming spot, to Rovinj in Croatia
And then Croatia and the bellowing that I'd forgotten was the South Slav standard mode of discourse among males over 40. 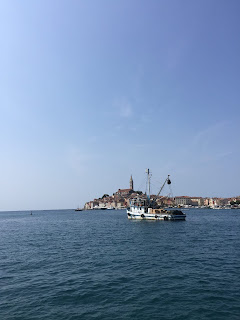 Rovinj, Croatia
And everywhere along the way people of all sizes and shapes - Lycra clad outdoor enthusiasts dashing by on high-tech bicycles, optimists carrying surfboards to stretches of water that, at least to an Australian, promise no surf.
And as I write this, at a motorway service station, a huge bear of a man in shorts and straining tee-shirt sits down at a table near me and is joined by his equally enormous partner, she in flowing rhinestone-trimmed black chiffon. She shrugs a fake Chanel handbag from her shoulder and opens it and draws out a packet of cigarettes. They light up and smoke with the kind of uninhibited pleasure I haven't seen anyone give to that activity in decades. The pair seem so companionable and apparently utterly untroubled by the risk they are putting themselves through thanks to  their "filthy habit" and their huge corpulence. Yes, I know I shouldn't, but I love them very much indeed for ignoring all the world's attempts to panic them.
They become for this moment my unlikely heroes - and perhaps it is precisely this that makes the authorities so eager to keep us all inside. Travel is subversive - sights like these might infect others with a similar nonchalance, and then our masters would lose all control.
I don't propose to suddenly start smoking or over-eating, but I do plan to do my very best to remember this couple’s foolish bravado. With them in mind, I’ll encourage myself to wriggle out of the panic-stoking grasp of the doom sayers. Better to live properly, than to cower at home in what, if Laura Dodsworth's State of Fear is to be believed, is largely a manufactured dread.
- July 22, 2021

Email ThisBlogThis!Share to TwitterShare to FacebookShare to Pinterest
Labels: lockdowns