A Small Town in Germany

Tübingen is not, I think, a well-known stop on the tourism track. In a way, I hesitate to write about it in case I inadvertently turn it into one. Anyone who has stepped inside St Mark's in Venice lately and discovered each section of the church is now divided off by turn-stiles that visitors must pay to go through would ever wish to deliberately turn a place into a tourism magnet.

Nevertheless Tübingen could perhaps be a little better known among travellers who like old things. It is one of the few ancient towns of Germany that escaped severe damage in the Second World War. Its old centre is a charming tangle of cobbled streets and high half-timbered buildings. At almost every window there are cascades of flowers, brightening the scene even now in an already chilly autumn. 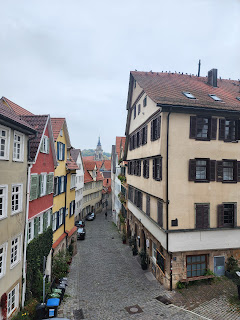 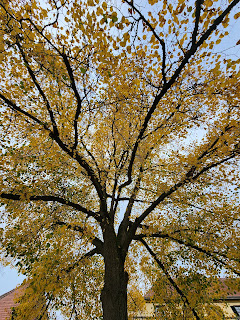 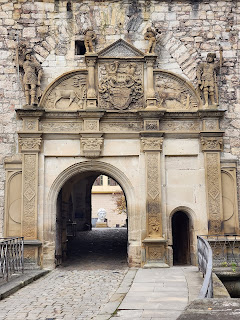 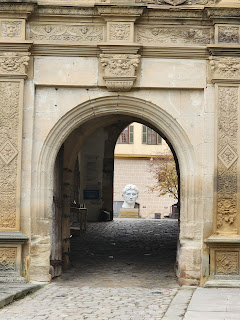 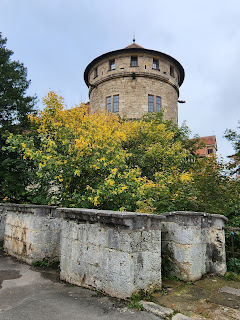 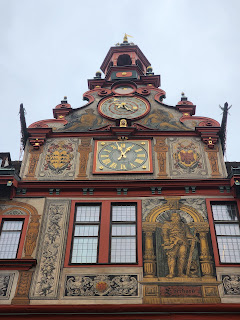 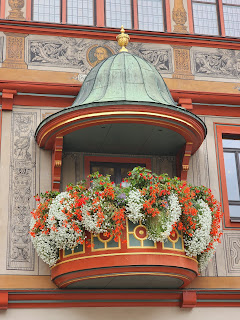 So far, so picturesque. But there is something else that Tübingen possesses that sends it into the stratosphere of interesting destinations. It is the Museum of Archaeology in the Tübingen Schloss.

Yawn. Archaeology. Little bits of stone. Ancient pieces of disintegrating rope. I know. And, yes, the collection at Tübingen does include such objects. However, it also includes these two things: 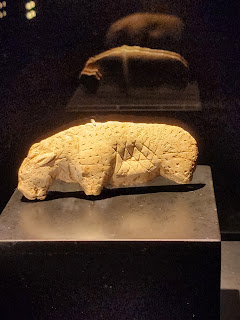 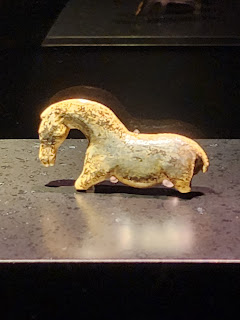 I acknowledge that at first glance they may appear a little underwhelming, especially when you learn that they are each only the size of my thumb, if that.

But look again, equipped with this new piece of information: these two tiny sculptures were made 40,000 years ago. They are thought to be the earliest figurative man-made objects anyone has ever found.

I am overwhelmed looking at them with this knowledge in my mind. If the museum is to be believed, those tiny marks and hatchings were put there carefully, deliberately, thoughtfully, by a person sitting in a Schwabian cave 40,000 years ago. All that time ago, someone chose a piece of mammoth tusk, picked up some kind of instrument - what? a sharpened flint perhaps? - and decided to create an image, to sculpt something as a record of a creature they had seen.

Looking at the things that resulted from that impulse, I feel I am, if not time travelling, at least being given a glimpse, via what they created, of a human being who lived long ago - a snatched flicker, seen through a keyhole, of the deep, deep past.

What an exceptional thrill.