Almost the first joke I can remember - the very first one was "I never drink, I never smoke, I never swear. Damn, bloody hell, I left my pipe down at the pub", but I'm only telling you that in the interests of openness and honesty - is the one where someone asks you, 'Which would you prefer: to be executed or burnt at the stake?', and you reply, 'Executed' (or, I presume most people do, on the grounds that it's over quickly) and then the joker says, 'What, you'd prefer a cold chop to a hot steak?', (sound of cymbals, drum roll, et cetera).

When I learned earlier in the week that a group of my fellow citizens were taking legal action to stop the culling of kangaroos in Canberra's various bits of pseudo bush, that joke's cymbals and drum rolls echoed once again in my ears. You see, I walk through one of those bits of so-called bush - (while it lacks houses, it does have a reservoir, a power plant and rangers driving through it in utes on a regular basis, not to mention numerous cyclists, dogs and walkers, which, to my way of looking at things, means that it is really a park, but never mind) - on a daily basis. As a result I've observed that, following a couple of really good seasons, the kangaroo numbers in the area have grown enormously. To give you an idea, here are photographs taken in just the last couple of days: 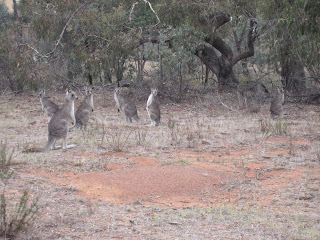 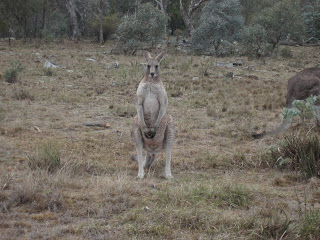 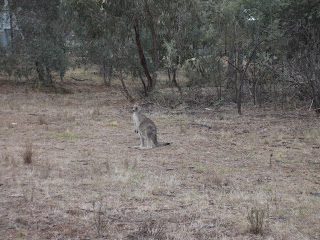 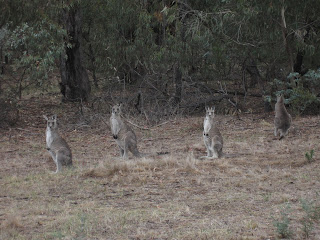 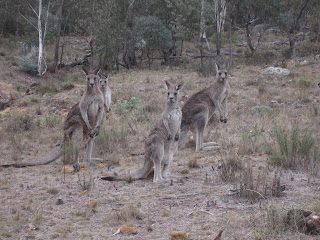 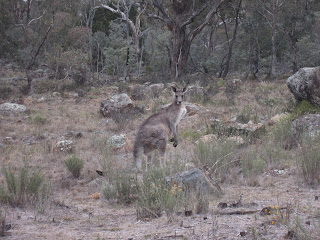 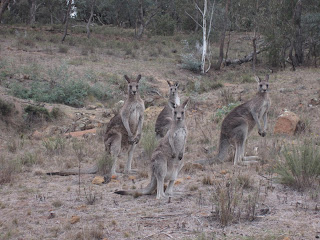 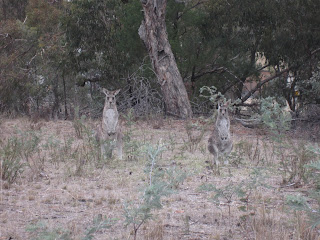 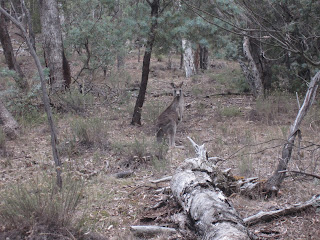 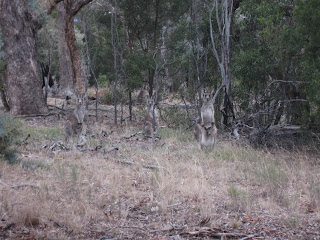 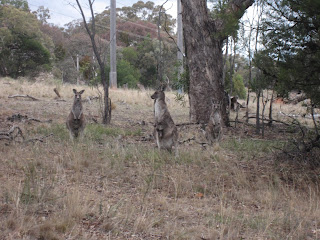 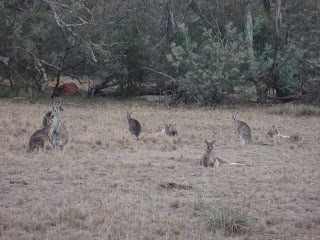 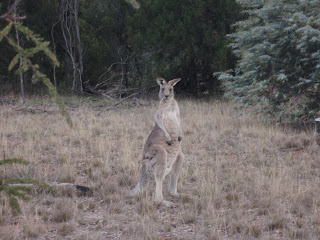 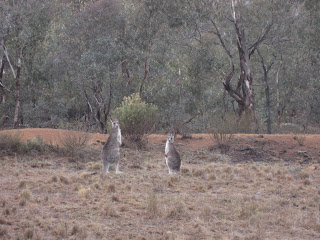 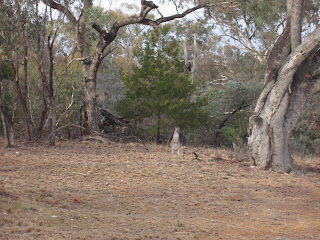 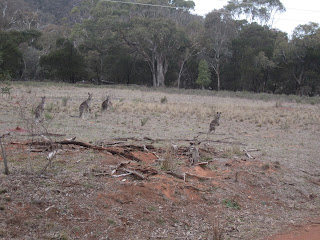 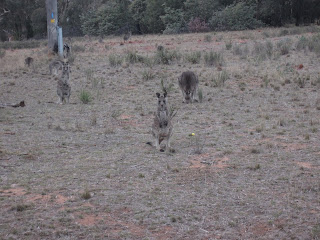 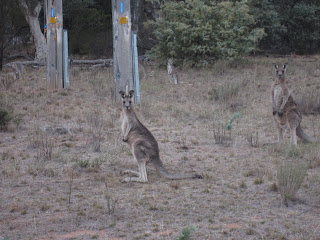 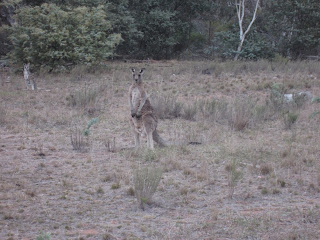 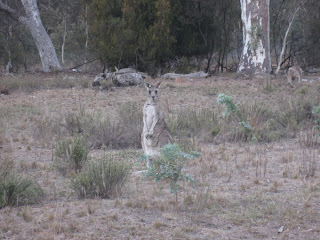 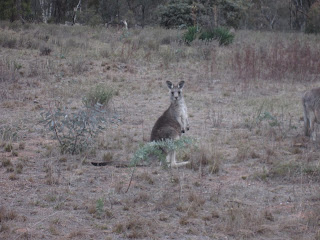 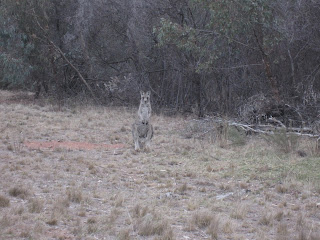 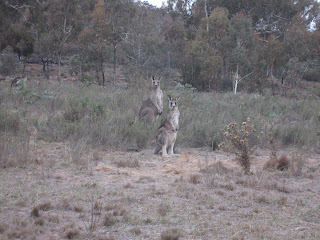 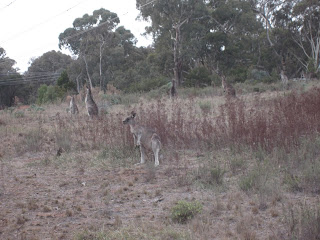 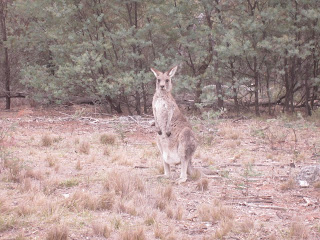 The place is getting kind of overcrowded, kangaroowise. To make things worse, we're having a pretty dry year this year and food for kangaroos is getting so scarce that many are coming further and further down the hill to forage. Many of them will soon be starving. Indeed, I startled one the other day that was clearly too weak to even run away. We stared at each other for an instant, and I've never seen such a movingly human look of fear, shame and utter sadness in an animal's eyes. I know I sound like I'm anthropomorphising, but I don't think that was quite what I was doing. I'm not sure how to explain it, except to say that perhaps when any creature reaches an extreme state of desperation it comes down to its essence as a living creature, rather than as a member of a species - and at that level all living creatures share a lot in common with their fellows whether they be human, kangaroo, bird or fish.

The strange thing was that what I wished for at that moment was a gun and the knowledge of how to use it. It would, in my view, have been kind to shoot that kangaroo. To kill it, quickly and cleanly, would have been violent, but it was less cruel than letting it limp off to die slowly and alone. And that's what the anti-cullers don't get, I reckon. They think they're being kind when what they're actually being is squeamish. They won't admit that many animals will die, one way or another, because there are too many for the food that's available. Our choice is the cold chop or the hot steak, as it turns out. We can kill them humanely, using experienced shooters who can dispatch them instantly, with one shot, or we can leave them to starve, which means a painful, long drawn-out, miserable kind of death.